Stakeholder Online Briefing of the STI Forum on Sustainable Development

Report on WFEO side event of HLPF 2020

Report on the Workshop on Science, Technology and Innovation for the SDGs

WFEO at the UN CSW63

Report on the 46th UNIDO Industrial Development Board 2018

Report on Multistakeholder Forum on Science, Technology and Innovation for the SDGs

WFEO at the UN CSW62

Report on the UNOG Director-General’s Meeting with NGOs

Report of the Ninth Session of the World Urban Forum

WURC supported preparation of the STC inputs, prepared and presented an STC display, shared with ICSU and ISSC the duties of representing the STC at the thematic reviews and the voluntary national reviews. Reginald Vachon and Bill Kelly, members of WURC, participated in the meeting of the 2019 Global Sustainable Development Report Committee. Eng. Ruomei Li, member of WURC and national member of WFEO Executive Council, attended the 2017 HLPF. 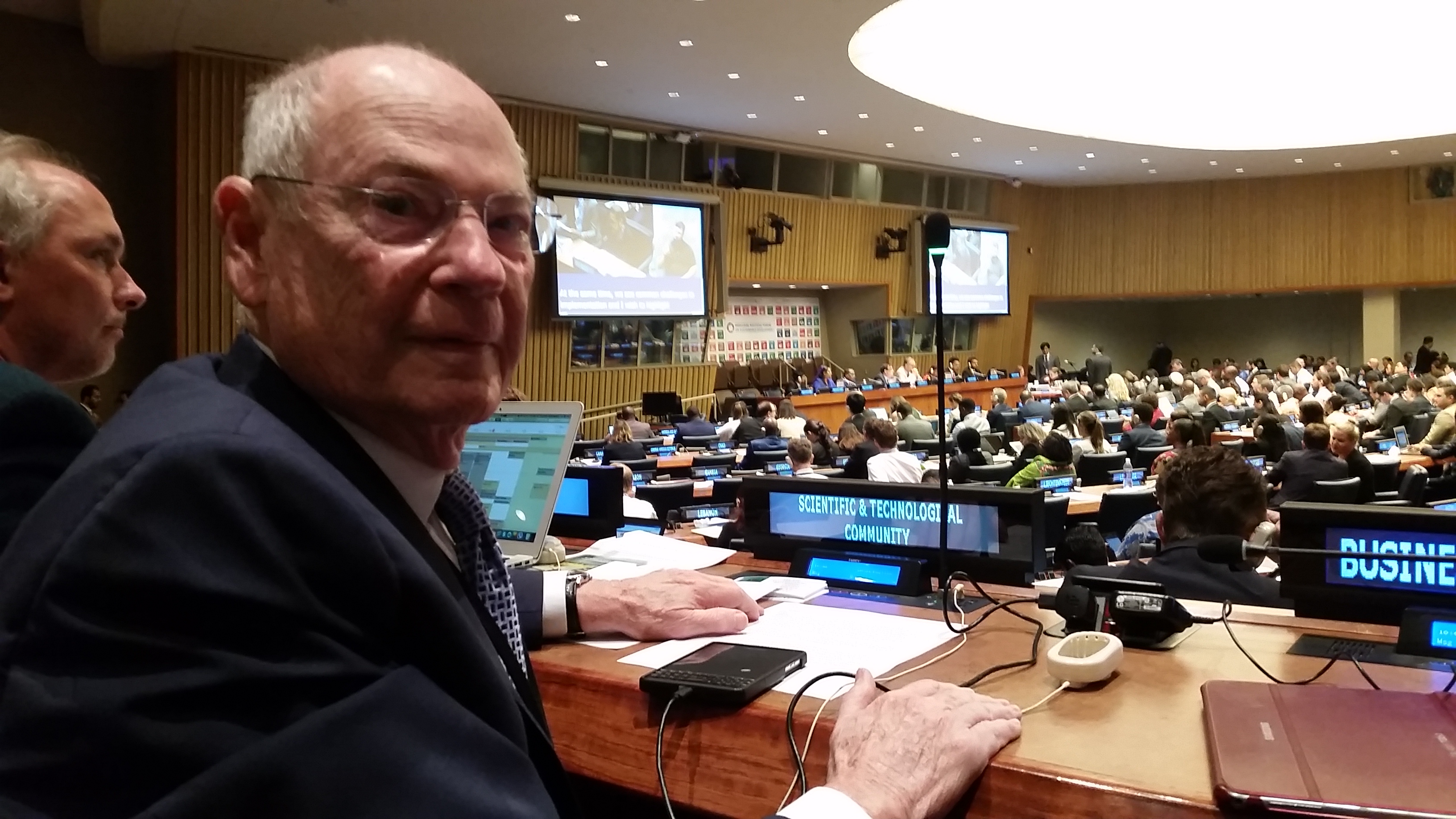 Reginald Vachon representing STC Major Group at one of the Voluntary National Review sessions, at the HLPF, UN HQ in New-York, July 2017 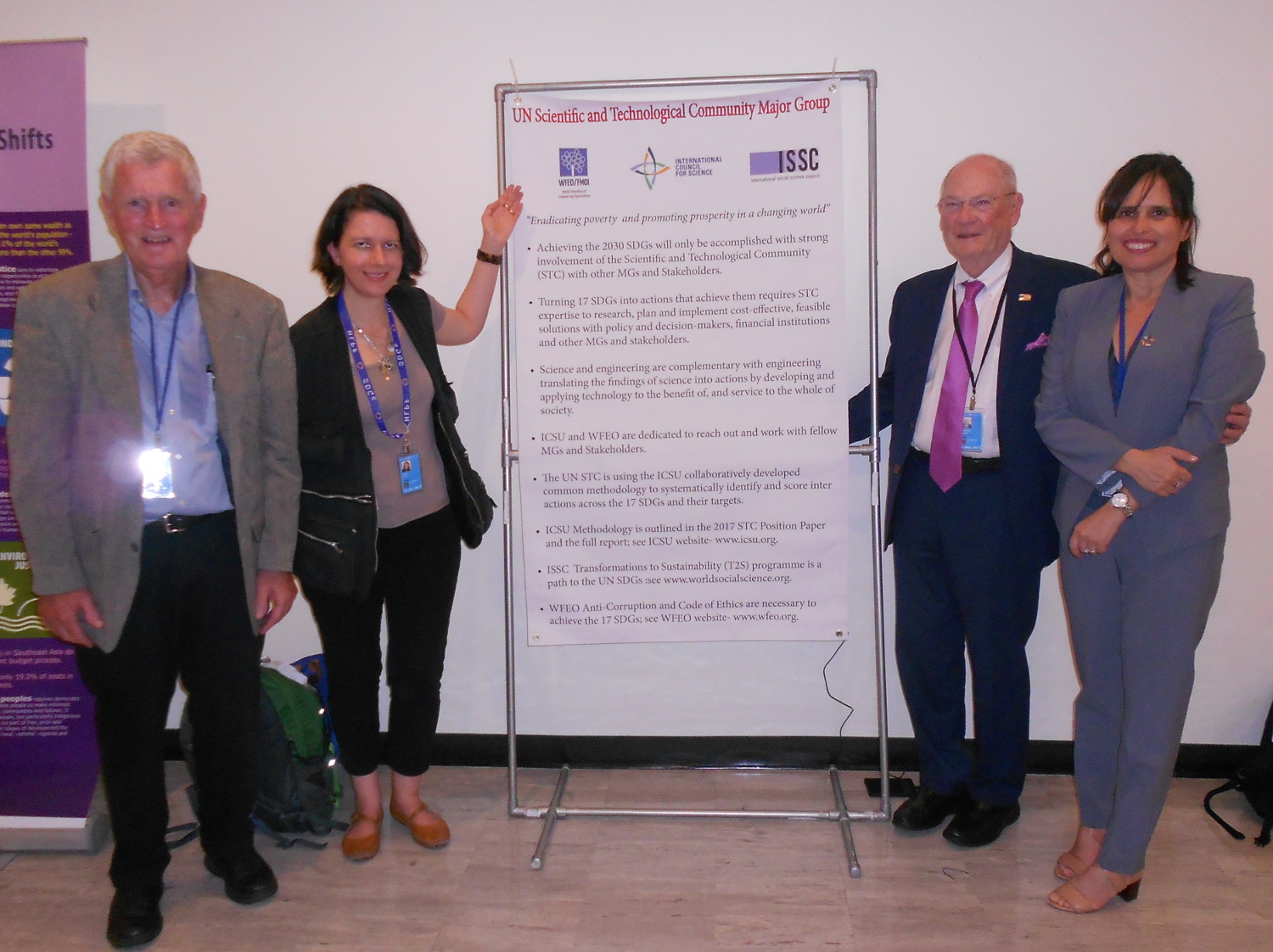 WURC conducted with ICSU and ISSC a side event; “Sustainable Cities and Human Settlements” at the Second Science Technology and Innovation (STI) Forum on 15 May 2017.

This event was attended by many young professionals and all seats were occupied. It facilitated dialogue among policy-makers, stakeholders and leading engineers and scientists on co designing and building fit- for-purpose STI enabled smart city systems in support of SDGs implementation It address: best practices in co-designing systems with those most in need of help (the most vulnerable and marginalized); prioritizing system needs for these communities; and changing conceptions of smart and resilient city development, particularly in developing countries.

Important other issues to be discussed include how the engineering and science community can support decision-makers and help build capacity in developing countries for integrating information and communication technology (ICT) into resilient and sustainable urban systems. Topics: ICT Improves City Resilience, Working with the ICT Industry, Social Aspects of Smart Cities and Physics of Smart Cities.

WFEO Side event in the UN Multi-Stakeholder Forum on Science, Technology and Innovation

WFEO at the UN CSW60

International Congress on Advances on Nuclear Power Plants - 4 May 2015

WURC participates or monitors sustainable development activities globally. A sustainability declaration signed on May 4, 2015 by 39 nuclear societies (50,000 scientists/36 countries) at ICAPP (International Congress on Advances on Nuclear Power Plants) is presented as follows: “We proudly believe that nuclear energy is a key part of the solution in the fight against climate change”.

Development Goals (OWG on SDGs) relative to recommendations on energy are the topic of the brief. WURC participated in the UN General Assembly Open Working Group on Sustainable Development relative to energy. The recommendations on energy were compiled from three civil society consultations conducted by UN-NGLS from 2012- 2013. It was advocated that governments must promote development and energy generation that does not result in dangerous byproducts with the capacity to trigger global-level destruction. Recommendations are presented below, organized according to the following five objectives:

The Nuclear For Climate Declaration 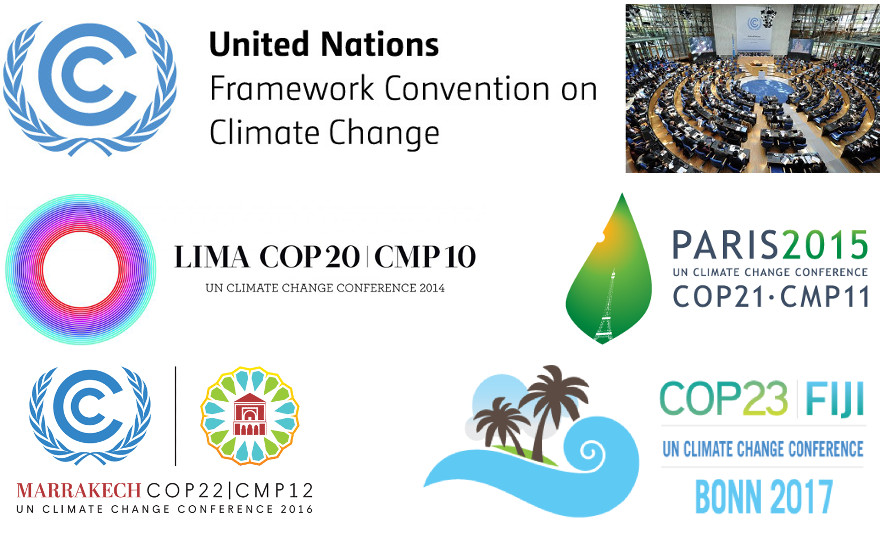 WFEO and the COP21 Agreement, by Jorge Spitalnik, WFEO Past President, December 2015

Summary report by CIP Peru of attendance at the COP 20, December 2014

Sustainable Development Goals for People and the Planet - March 2013

The Scientific & Technological Major Group’s vision & priorities for the Sustainable Development Goals and the post-2015 development agenda. A position paper for the programme: “Post 2 Post: Enhancing Stakeholder Engagement in the Post-Rio+20/Post-2015 Process”.

WURC participated in the position paper on the vision and priorities of ICSU, WFEO and ISSC – including themes, targets and indicators – for the Sustainable Development Goals (SDGs), wider post-2015 development agenda and High Level Political Forum (HLPF).
This paper considers the following:

Sustainable Development Goals for People and the Planet, 13 March 2013

The Commission on Science and Technology for Development (CSTD) is a subsidiary body of the Economic and Social Council (ECOSOC).

The Commission provides the General Assembly and ECOSOC with high-level advice on relevant science and technology issues.

UNCTAD is responsible for the substantive servicing of the Commission.

WURC participated in the themes discussed at the CSTD 2013-2014 Panel which were:

WURC participated in the High-Level Symposium on Sustainable Cities and Sustainable Urbanization convened by the United Nations Department of Economic and Social Affairs through its Division for Sustainable Development (DSD/DESA) in collaboration with the Municipal Government of Yangzhou, 16-18 December 2013 in Yangzhou, China.

WURC has made great progress with the UN based on Eng. Jorge Spitalnik laying the foundation as the first WFEO representative at the UN Commission on Sustainable Development in the last decade and thereon at the Rio+20 Conference that led to the creation of the HLPF.

WFEO had an active participation at the Rio+20 Conference allowing the contribution of the Engineering community to sustainable development deliberations in the position of an important stakeholder.

The CSD met annually in New York, in two-year cycles, with each cycle focusing on clusters of specific thematic and cross-sectoral issues, outlined in its new multi-year programme of work (2003-2017).

The CSD opened its sessions to broad participation from both governmental and non-governmental actors and supported a number of innovative activities, such as the Partnerships Fair, the Learning Centre and a series of panels, roundtables and side events. The High-level segment featured dialogue among Ministers, and Ministers also held a special dialogue session with Major Groups.

The WFEO Committee on Energy represented WFEO at the following meetings of CSD held at the UN Headquarters in New York: 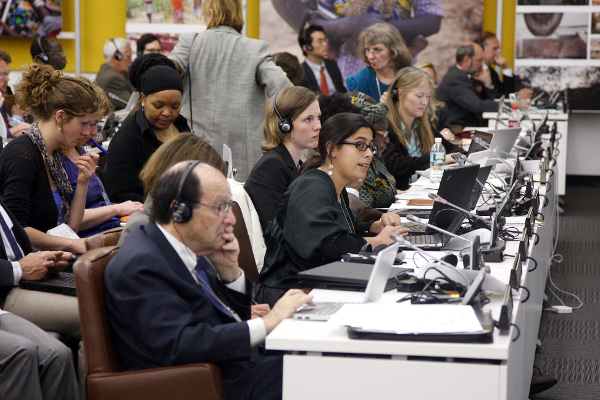 The first three meetings in 2006-07 focused on issues related to Energy for Sustainable Development; Industrial Development; Air pollution/Atmosphere, and Climate Change; those in 2008-09 to Agriculture, Rural Development, Land, Drought, Desertification, and Africa, and those in 2010-11 to Sustainable Consumption and Production, Transport, Chemicals, Waste Management, and Mining.

At the request of the UNCSD Secretariat, the Committee contributed the WFEO position on several issues for the preparation of the UN Secretary General’s Report to CSD-15, CSD-16, CSD-17, CSD-18 and CSD-19. Also, the WFEO delegation produced together with ICSU, discussion papers for each of such meetings stating the positions of the Scientific and Technological Community on the issues under discussion. The Scientific and Technological Community, made up by WFEO and ICSU, is one of the Major Groups of Civil Society recognized by the U.N. system.

At CSD-17, the Energy Committee co-sponsored, together with the Engineering and Environment and the Capacity Building Committees, the side event on “Capacity Building: Words Into Action” to discuss issues on physical, social & economic infrastructure related to Agriculture, Rural development and Land. This event was held on 6 May 2009 and engaged 71 delegates and members of major groups from more than 20 countries who considered perspectives on effective capacity building actions to deal with such issues.

On the occasion of CSD-18, WFEO held a side event on “Transport Efficiency and Waste Avoidance – Input for Policy-Makers”. This event that took place on May 4, 2010 was organized by the WFEO Standing Committees on Energy (CE), Engineering and Environment (CEE) and Capacity Building (CCB).

At CSD-19, these Standing Committees organized on May 6, 2011 a WFEO side event on “State-of-the-art, Innovative and Sustainable Technologies in Waste Management, Mining, Transport and Chemicals”.

The position sustained by the WFEO delegation has been to provide the technical expertise required for searching feasible solutions on issues under discussion and to stress the need for serious observance of scientific principles and engineering criteria when proposing actions on sustainability and development matters.

The Committee on Energy was responsible for organizing the WFEO participation at the Innovation Fair held during the Ministerial ECOSOC Session, from 30 June to 3 July 2008, at United Nations Headquarters in New York.

This was done with the collaboration of the Committee on Engineering and Environment. The WFEO Exhibit displayed projects sponsored respectively by Engineers Canada and FEBRAE (Brazil). Also, on July 1st 2008, WFEO, Engineers Canada, FEBRAE and CONFEA, with the support of AIChE, ASCE and ASME, held, as a side event, a Panel on “The Role of Engineers in Advancing Sustainable Development: Working Towards Achieving the Millennium Goals”.

The Energy Committee was also engaged in implementing the WFEO participation at the 2009 ECOSOC Innovation Fair to global public health. The Fair was held at the Palais des Nations, Geneva, from 6 to 9 July 2009.