This Meeting facilitated exchange of lessons, insights and experiences among member states, UN entities and other international organizations and all stakeholders, and considered challenges and opportunities for accelerating progress in the implementation of the 2030 Agenda. As a partner in the Major Group for Scientific and Technological Community, WFEO was also invited to participate and speak on this occasion. 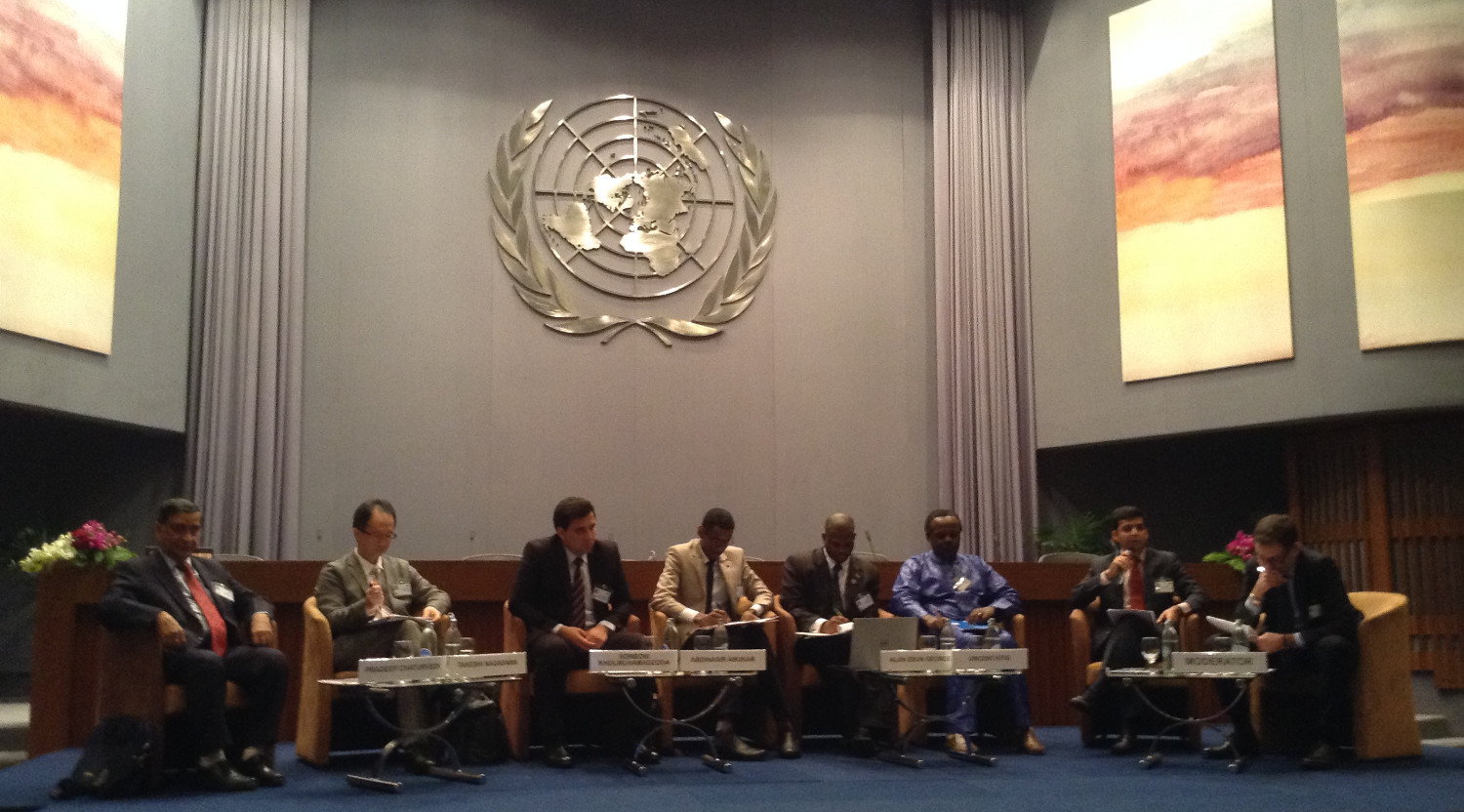 Mr. Pradeep Chaturvedi in the panel (on the extreme left)

The opening session and the Ministerial Plenary on “Progress, Challenges and Opportunities” was chaired by H.E. Ambassador Marie Chatardova, President of the UN Economic and Social Council (ECOSOC). The opening session was also addressed by Ms. Shamshad Akhtar, Under-Secretary-General of the UN and Executive Secretary of UN ESCAP and Mr. Liu Zhenmin, Under-Secretary-General of UN DESA and representatives from several other countries and stakeholders.

WFEO was represented by Mr. Pradeep Chaturvedi, Vice Chairman of the WFEO Committee on Energy.

The Ministerial Plenary took stock of progress on ensuring universal access to electricity and clean cooking solutions for all; and significantly increasing the share of renewable energy while doubling the global rate of improvement in energy efficiency. Mr. Chaturvedi was also given an opportunity of intervention in this session. He stated that WFEO has been closely working with UN DESA as a part of the Major Group for Scientific and Technological Community and has been providing inputs for engineering interventions at various interactions and is assisting in actions for SDGs.

The Conference then held sessions on:

WFEO was invited on the panel on “Energy, Jobs and Sustainable Societies”. A formal presentation

was made by Mr. Pradeep Chaturvedi, highlighting the role of WFEO in promoting engineering solutions for attaining SDG goals under its Plan: WFEO Engineering 2030.

WFEO has been closely working with UN DESA as a part of the Major Group for Scientific and Technological Community and has been providing inputs for engineering interventions at various interactions and is assisting in actions for SDGs.

A brief on plan, principles of action and thrust on partnerships and sample projects and the Concept of World Engineering Index were explained to give an overview of how WFEO is seriously supporting the SDGs and SDG 7 especially. It was also explained that the Committee on Energy is planning a Global Study to highlight engineering interventions for attaining targets under SDG 7. Participants greatly appreciated the efforts of WFEO. In personal discussions, IEA and the World Bank representatives agreed to extend any relevant information that would be required for the Study.

Mr. Chaturvedi was also asked to make an intervention in the panel on “Significantly Increasing the Share of Renewable Energy in the Global Energy Mix” where he said that the performance of last two years on the renewable energy front has to be measured cautiously for institutional and manpower capacities round the globe.

The closing session of the Conference focused on the recognition of significant initiatives, partnerships, and commitments and asked for suggestions to be incorporated in the final outcome.

Mr. Pradeep Chaturvedi had a separate meeting with Liu Zhenmin to discuss partnership between WFEO and UN DESA. He gave an exhaustive overview of WFEO’s role in SDG as defined by Marlene Kanga, the President of WFEO. Mr. Liu was also informed that WFEO is having a Symposium on 7 March 2018 focusing on Engineering for Attaining SDG Targets and a detailed study on Sustainable Energy Engineering Options. He appreciated WFEO’s role in supporting UN DESA and emphasized on much closer cooperation in future. 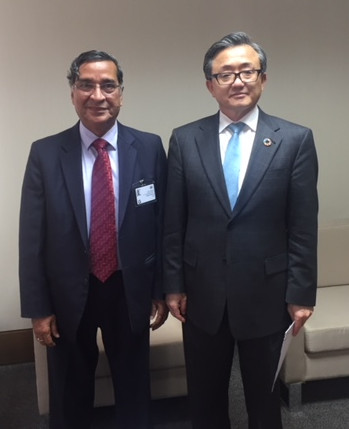 The reviewed Graduate Attributes and Professional Competencies (GAPC) Framework was presented at the Asia Pacific Economic ...