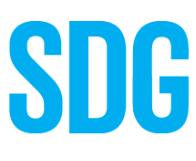 The Civil Society SDG Forum aims to create a space for constructive and propositional dialogue between civil society and UN Member States, international organizations and other related constituencies on the possible responses to the challenges exposed by the first four years of implementation of the 2030 Agenda for Sustainable Development.

The Forum was facilitated by the civil society constituencies of the HLPF Major Group and other Stakeholders Coordination Mechanism (MGoS), under the overall coordination of the HLPF MGoS Steering Group (SG).

The UN Scientific and Technological Community (STC) Major Group, which played an active role in the meetings, was represented by the three following delegates:

Because the Summit was held in conjunction with the opening of the General Assembly and the Climate Summit, access to the UN was very restricted. Attendees were required to have printed tickets with their name and pass through multiple security stations and were only allowed to attend the ticketed event.

All regular passes for NGOs were suspended until October 1. Security around the UN extended from 42nd to 49th street and over to 2nd Avenue. Tickets and identification were checked at a special UN gate at 46th and 2nd avenue. The STC Major Group (WFEO and ISC) was only allocated 4 tickets.

WFEO as part of the STC major group worked closely with the Major Groups and other Stakeholders Coordinating Mechanism Steering Group during August and September organizing NGO participation at the Summit and the format and content of the Civil Society Organization Forum (CSO).

Lucilla Spini, Senior Science and Policy Officer at ISC and Reginald Vachon (WFEO) led this effort. Lucilla Spini worked tirelessly from Paris keeping everyone up to date on changes to the program, venues, and access at the UN.

The purpose of the SDG Summit was to review progress on the UN SDGs since 2015 and set the direction for the next ten years. This meeting was held under the auspices of the UN General Assembly and coincided with the opening of the General Assembly, The current plan is to have another summit in 2020 coinciding with the celebration of the 75th anniversary of the founding of the UN.

The program for the Summit is available here.
The program includes the list of inscribed speakers for each session.

You can watch the entire Summit on UN WebTV.

All of the statements that were submitted in written form can be accessed on Paper Smart.

António Guterres (Secretary-General) at the opening of the SDG Summit.

Fireside Chat on the Global Sustainable Development Report (GSDR) –“The Future is Now” is in this video starting at about 24′:05″. The GSDR can be viewed here.

Concept Note for the Forum.

The intervention by Jorge Spitalnik is at approximately at 2:29:35. 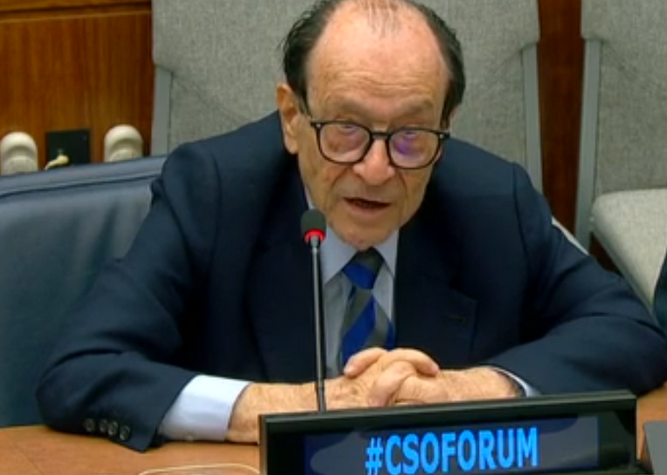 Other than the intervention by Jorge Spitalnik, there was little or no discussion of the role of science and technology in achieving the SDGs despite the attention given to the GSDR in the opening session. There was general consensus at the forum that there needs to be a more integrated and systematic approach to achieving the SDGs; this is called for in the GSDR.

The dialog leaders in sessions 5 & 6 were asked to address three guiding questions but few did. Most chose to talk about their own country’s progress in achieving the SDGs. Several of the leaders noted the importance of governance (SDG 16) that is also one of the levers recommended in the GSDR.

Session 5 leaders were to address the “decade of deliverance” and meeting 2020 targets.
The President of Latvia mentioned they were moving toward a circular economy. The Prime Minister of Malaysia called for rich countries to stop sending waste to Malaysia. The President of Hungary focused only on the country’s water issues. In closing, the co moderator from Malta reiterated the various guidance that are available including the GSDR.

Session 6 was about renewing multi stakeholder partnerships (SDG 17).
A number of the leaders noted they had long-term development plans and Agenda 2030 and the SDGs were useful in their planning processes; see for example the presentation by the President of Moldova. The prime minister of the Czech Republic mentioned they have on online process for gathering voluntary commitments. The prime minister of Sweden announced a new global leadership group with India.

My big takeaway is that there is great value in having national leaders talk about how their countries are approaching the SDGs and their top down commitment. Clearly Agenda 2030 and the SDGs have been helpful to many countries in systematizing their national approaches to development.

A number of other videos are available many from the SDG Media Zone. See e.g.
Science for Achieving Sustainable Development: Findings from a Global Report on SDGs – SDG Media Zone, High-Level Week, 74th session of the UN General Assembly 24 September 2019 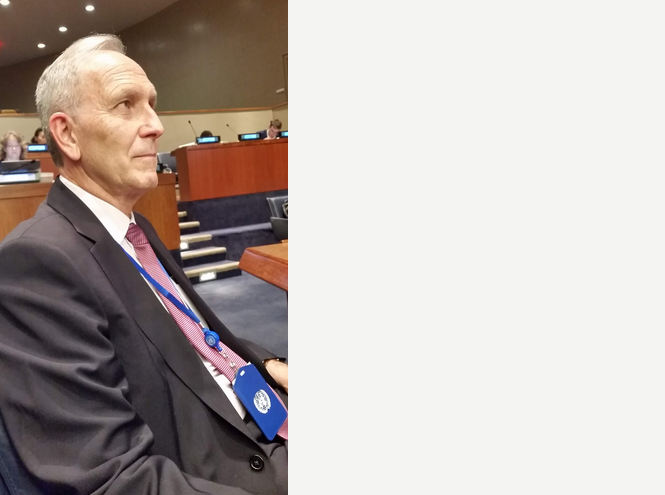 Joseph Alcamo at the CSO Forum 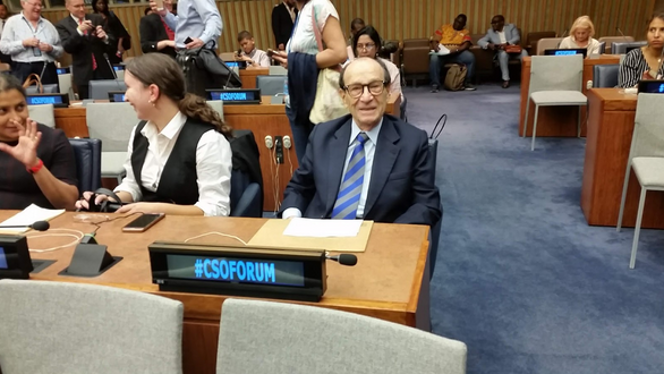 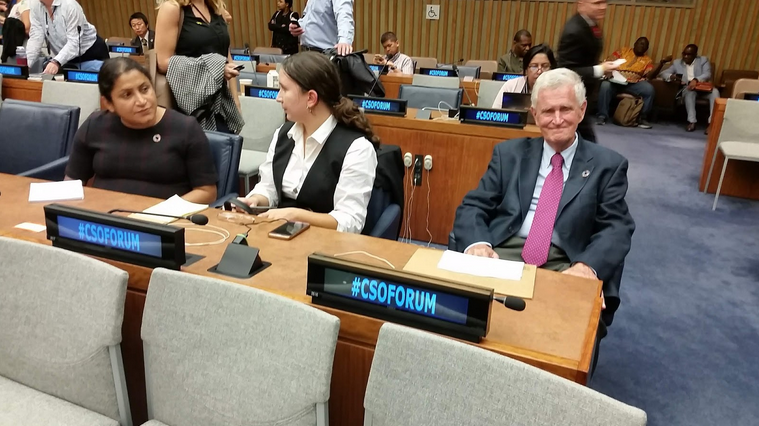 William Kelly at the CSO Forum
0

WFEO YEFL webinar – Capacity-Building session “COP27 SIMULATION: What to expect at COP27 and how to maximize your impact”

The Working Group on Climate Action (WG on SDG13) of the WFEO Committee on Young Engineers / Future Leaders (YEFL) organize...

The International Standards Organisation (ISO) is an independent, non-governmental international organization with a member...

The International Engineering Alliance (IEA) is a global not-for-profit organisation, which comprises members from 41 juris...