In the scope of the World Meteorological Organization (WMO) reform and in response to the recommendations of the Executive Council in June 2018, the Commission of Hydrology (CHy) of the WMO has met between February 11 and 14 in Geneva in order to pave the way for the future of hydrology at the international level and propose a coherent solution to integrate the CHy into the new WMO structure.

The reworking of the current topical Technical Commissions of WMO into the Commission for Observation, Infrastructure and Information System (COIIS) and the Commission for Weather, Climate, Water Services and Applications (CSA) that were proposed by the Executive Council is particularly challenging for the CHy because of its unique constituency essentially composed of representatives of the National Hydrological Services of the country members and its end-to-end approach which need to be secured. However, this reform is also seen as an opportunity to increase to visibility of the hydrological community in WMO activities and structures, and to enhance the contribution of WMO to the Global Water Agenda. 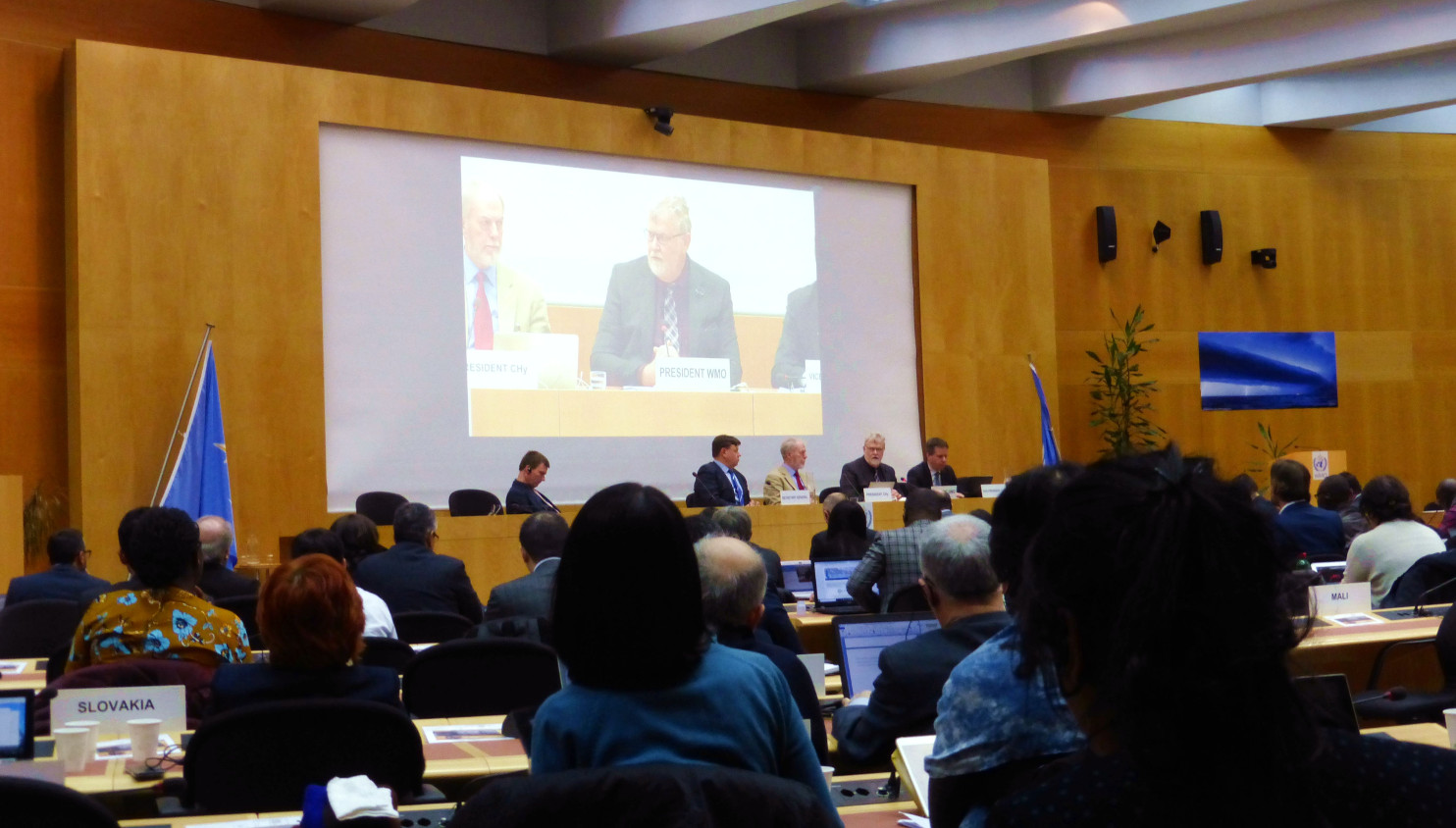 During a 2.5-days Technical Conference, more than 140 delegates from the member states and international organizations/bodies were recalled the pivotal position of hydrology within the global agendas (Sustainable Development Goals, Sendai Framework for Disaster Risk Reduction, COP21’s Paris agreement) and among the highest risks of the World Economic Forum 2019 ranking. The importance of water issues was also stressed by invited lecturers Monika Weber-Fahr (Global Water Partnership), Nilay Dogulu (Young Hydrologic Society) and Henk Ovink (Special Envoy for International Affairs, The Netherlands). Requirements, visions and challenges from the members collected during a pre-session discussion forum together with options for organizational arrangements were presented and discussed.

WMO Secretary-general Petteri Taalas opened the CHy extraordinary session by emphasizing the key role of hydrology also in the energy transition, pointing out that partnerships with other organizations were part of the reform goals. The need for a stronger voice of the hydrological community and to foster capacity development for the most vulnerable were also underlined by the President of WMO David Grimes. During the last 1.5-days, the Commission has formally discussed and prepared concrete organizational recommendations, and established his vision and strategy articulated around eight ambitions that serve as a plan of action.

These recommendations, if adopted by the Congress, will allow to fully integrate hydrology with climate science and meteorology as part of an earth systems approach into the WMO new structure and ensure an adequate representation and participation of hydrologists in the constituent bodies. A hydrological assembly composed by represented of the members’ hydrological services will advise the Congress at each session, and a working group will ensure the integration of hydrological activities into the agenda between the sessions. The proposed structure should allow to maintain the current functionalities, increase the involvement of the hydrological community and enhance the engagement of the National Hydrological Services in the governance and delivery of water-related activities of the Organization.