The 63rd Annual Regular Session of the IAEA General Conference was held from 16 to 20 September 2019 at the Vienna International Centre (VIC) in Vienna, Austria, where high-ranking officials and representatives from IAEA Member States will consider a range of issues.

WFEO Immediate Past-President Engr. Jorge Spitalnik and Executive Vice-President Engr. Reginald Vachon participated in the 63rd Congress as representatives of WFEO. They attended the presentations by country leaders on the status of the use of nuclear energy and safety and meeting with engineers, scientists, and politicians of many countries and NGOs. 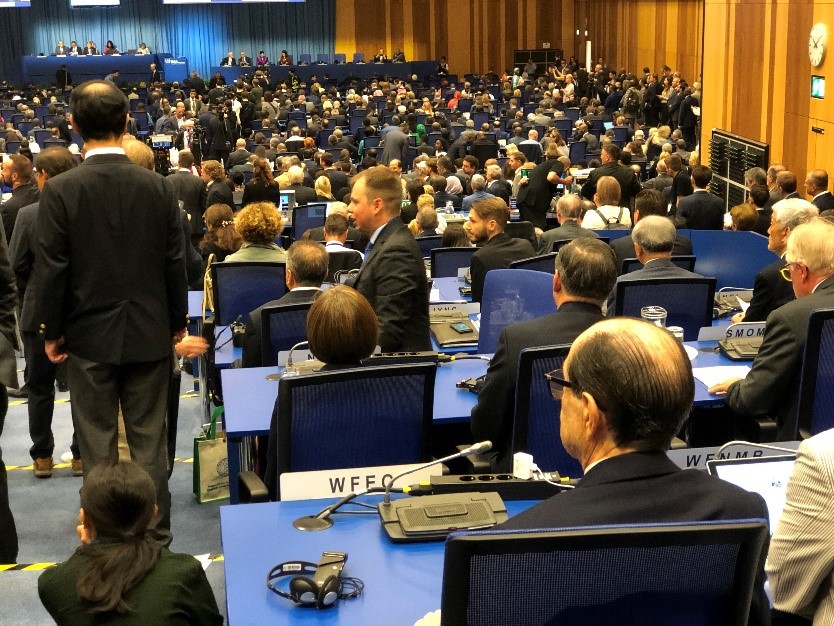 The General Assembly observed a moment of silence to honor the untimely passing of Director General Ambassador Yukiya Amano. 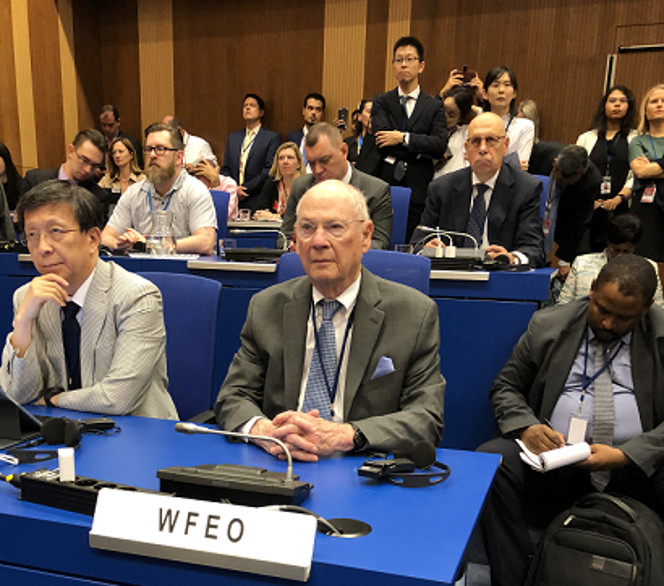 The key presentations were made by US Secretary of Energy Hon. Rick Perry and the President of the Atomic Energy Organization of Iran Dr. Ali Akbar Salehi with excerpts as follows:

“I want to reiterate that the United States wholeheartedly condemns Iran’s attacks on the Kingdom of Saudi Arabia, and we call on other nations to do the same. This behavior is unacceptable and they must be held responsible. Make no mistake about it — this was a deliberate attack on the global economy and the global energy market. President Trump has authorized the release of oil from the Strategic Petroleum Reserve if needed and my Department stands ready to respond. Despite Iran’s malign efforts, we are very confident that the market is resilient and will respond positively.
Together we must insist that Tehran abandon its nuclear ambitions and end its malign behavior. Iran must fully cooperate with the IAEA, and we must maintain our resolve.”

“To bring back order to the current chaotic situation which multilateralism is facing, our individual or collective efforts should be directed at not only accomplishing new achievements, but also preserving the old hard fought ones as well. To this end, the destructive behavior of the US administration and the economic terrorism pursued by it against other countries should be condemned and rejected by the entire international community.”

Informal meetings were held with representatives from Argentina, Brazil, France, Belgium, Jordan, US, Spain, Holy See, Uruguay, Chile, Cuba, Mexico and ABACC to discuss the role of the Engineering Communities towards shaping the optimum energy mix within different national sustainable development programs. Meetings with NGOs (ANS, INSC, INEA, Nuclear4Climate) were also held to emphasize the contribution of engineers in the use of nuclear power for abatement of Climate Change Effects.

In addition, Jorge Spitalnik and Reginald Vachon, as members of the International Nuclear Energy Academy, attended the side event entitled “Honesty about Chernobyl, 33 Years After”. Speakers were: