Due to the pandemic context, those meetings were postponed from October 2021 to March 2022. In order to adapt to the uncertain situation, WFEO’s technical and policy committees’ meetings usually held in conjunction with the ones mentioned above were held online in February.
Meetings in San José were all held in hybrid format, allowing members to attend and vote online if travel regulations prevented them from participating in person. Despite the difficult context, some 30 national member institutions of WFEO of all continents sent a delegation to Costa Rica, and some 30 others participated virtually. 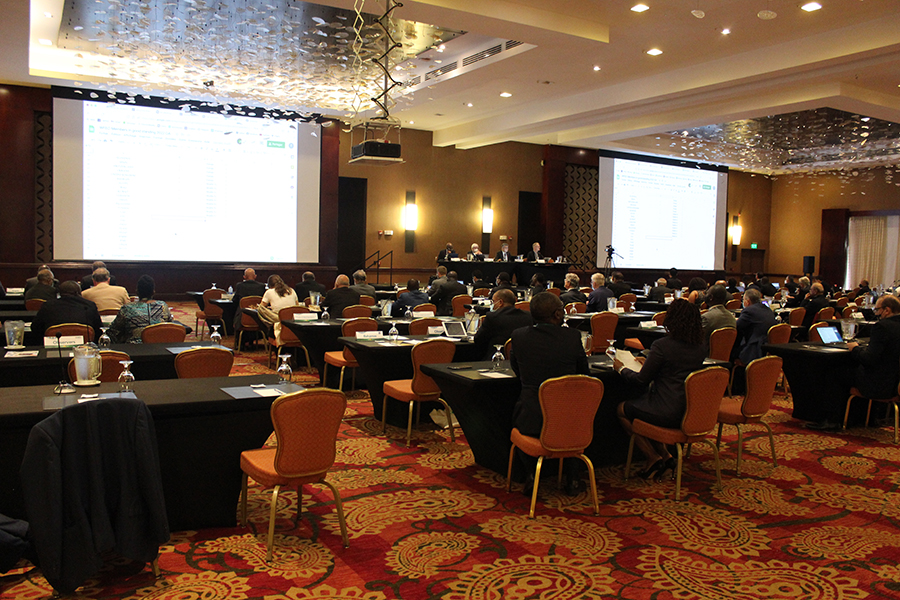 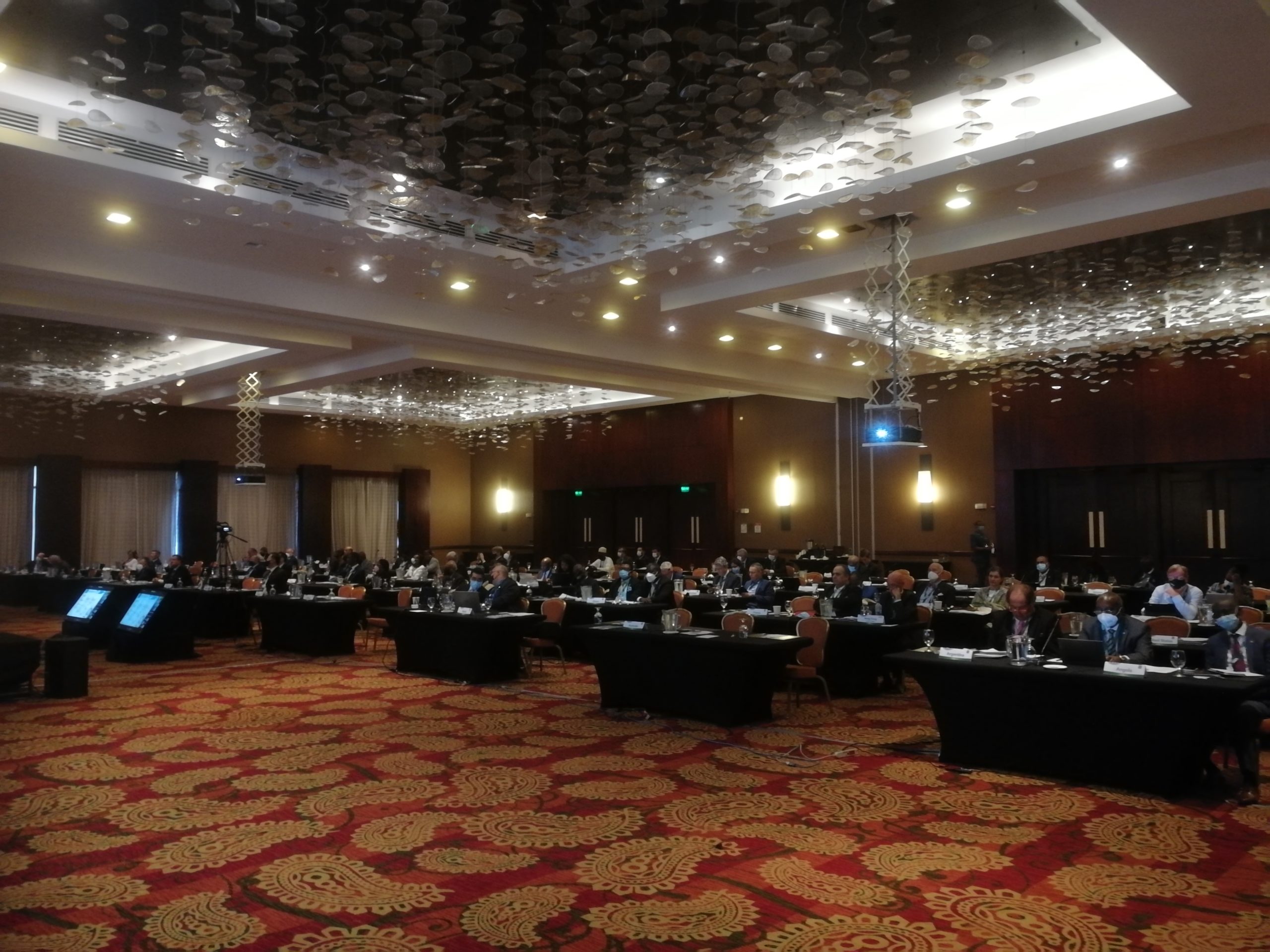 Highlights of the General Assembly were the announcement of the results of the regular elections to the Executive Board and Council vacant positions. Amongst which:

Prof. José Vieira (Portugal), chosen as President-elect in 2019, took on the Presidency at the end of the General Assembly, and congratulated the immediate Past President Prof. Gong Ke (China) for all of the achievements of his term.
The full composition of the renewed Executive Board and Council are to be found at https://www.wfeo.org/executive-board/ and https://www.wfeo.org/executive-council/ 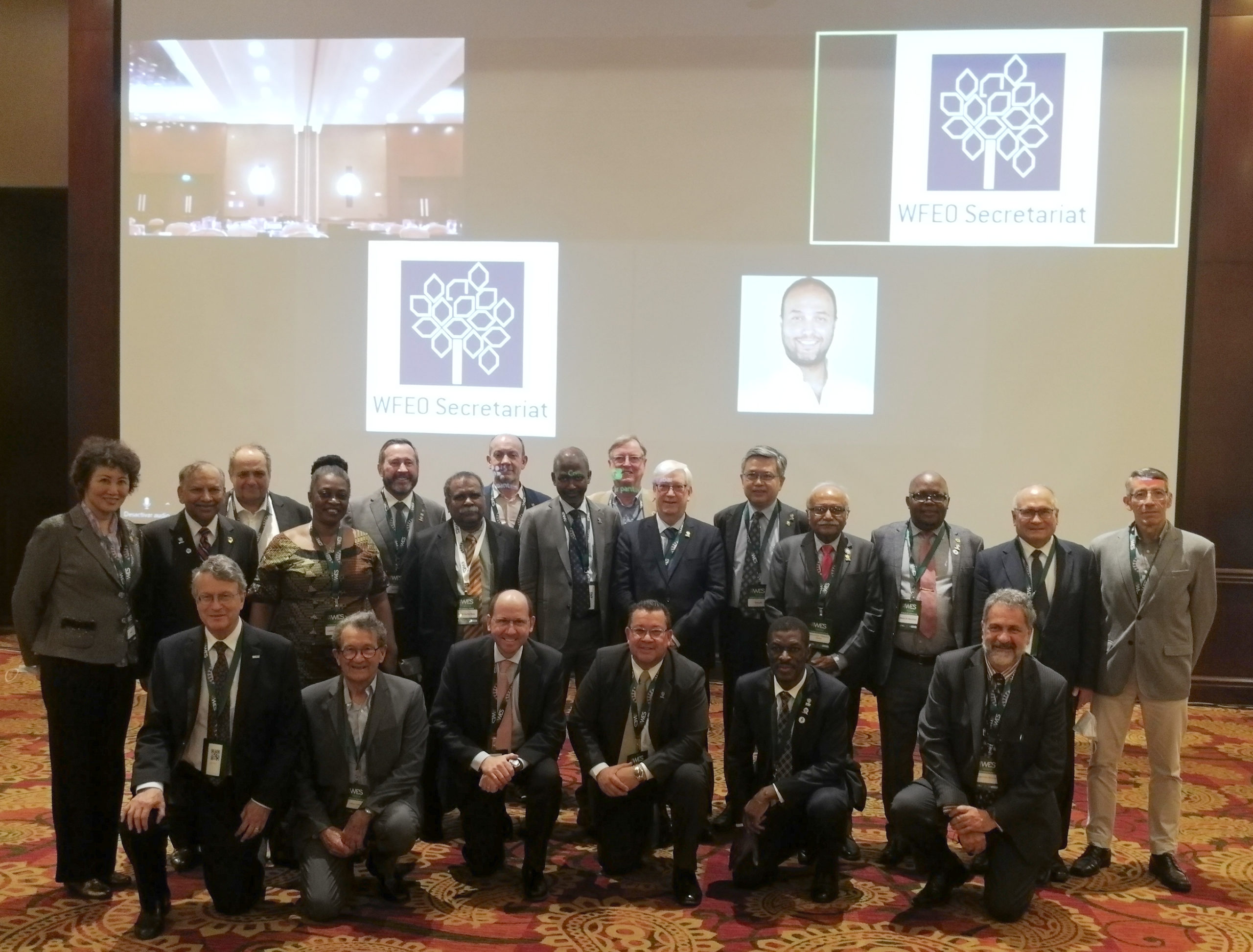 WFEO Executive Council members, present in Costa Rica. (click on the image to see it larger)

Other strategic decisions by the General Assembly included:

Finally, the GA unanimously endorsed the WFEO’s Board statement about the situation in Ukraine. 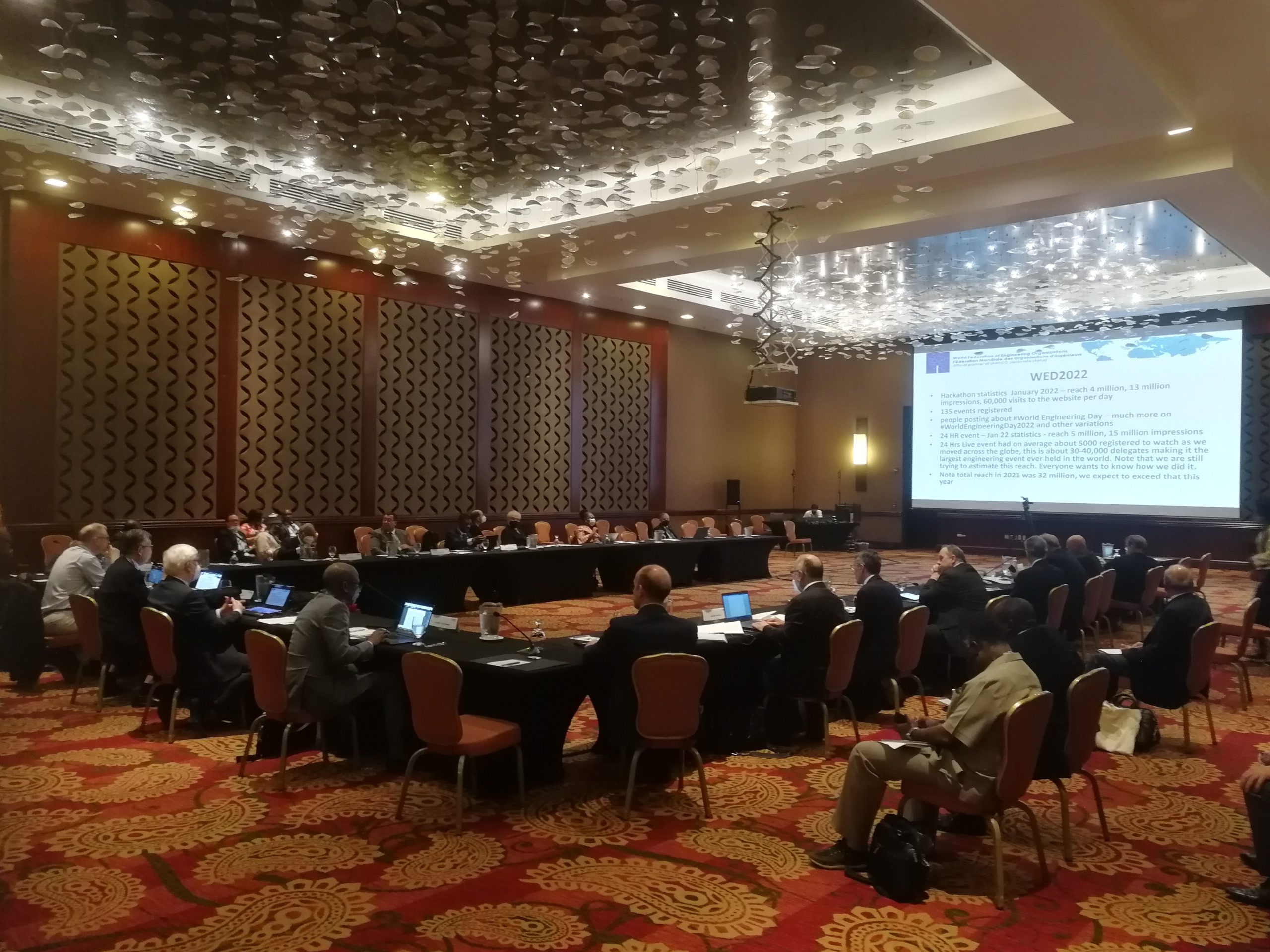 This week was also the one of celebrating the third UNESCO World Engineering Day for Sustainable Development (WED), an event that WFEO had designed and proposed to UNESCO in 2019, and is held every 4 March (the anniversary day of the WFEO’s creation under the auspices of UNESCO in 1968).
This year’s celebration’s highlights was an international engineering Hackathon on challenges related to some of the Sustainable Development Goals (SDGs). The main Hackathon laureate was a team from the Philippines Batanga State University for their innovative method of developing water pollution cleanup from plastic recycling. Find more about the laureates and outcomes at https://www.wfeo.org/wed2022-hackathon-announcement/

The other main highlight was a 24-hour Live video event from eight streaming hubs hosted by WFEO members institutions (Australia, China, India, Ghana, U.K., France, USA, Costa Rica), showcasing the engineers’ many and diverse ways of helping to build a more sustainable and resilient world, from various contexts and perspectives. 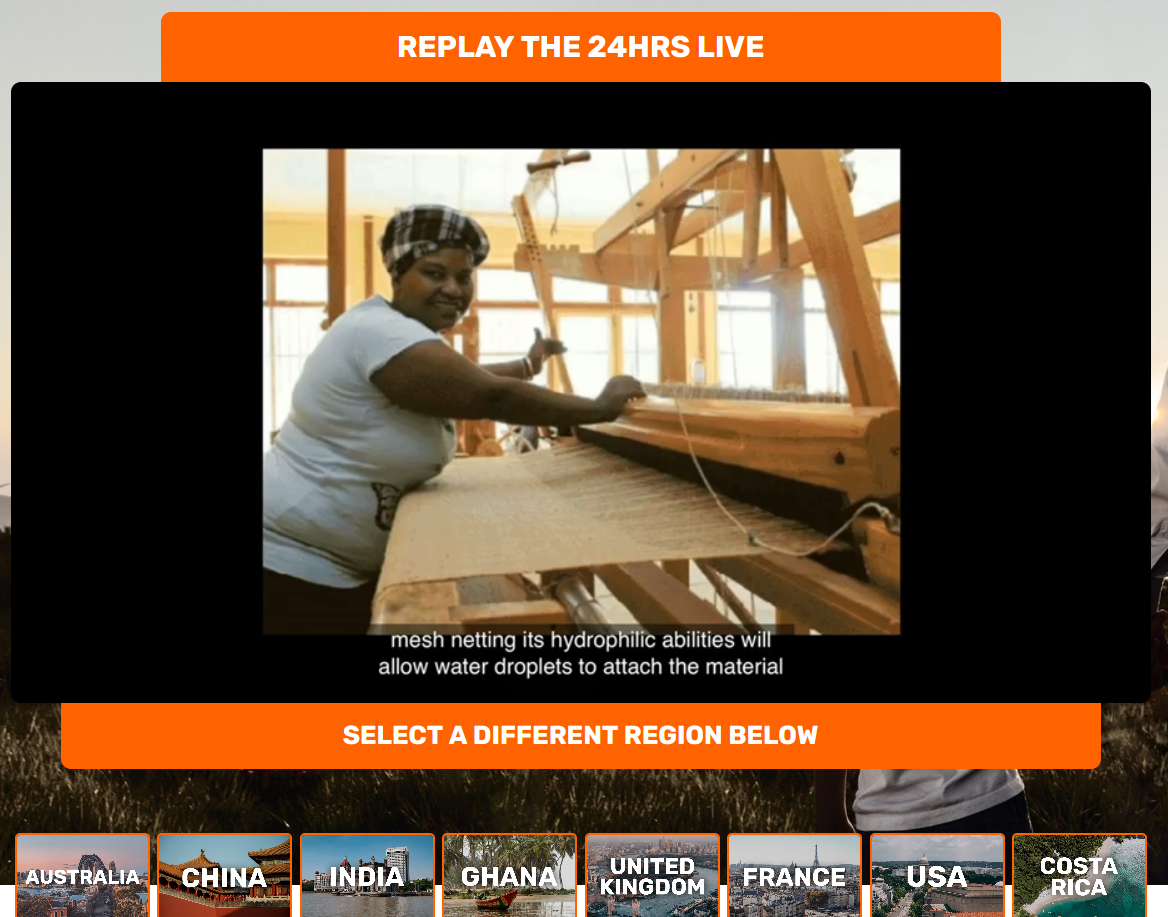 Download the statement in English – in French – in Spanish.

The photos – The General Assembly – The Executive Council – The WFEO meetings – The Gala Diner (Please wait few seconds for the photos to appear on the page).