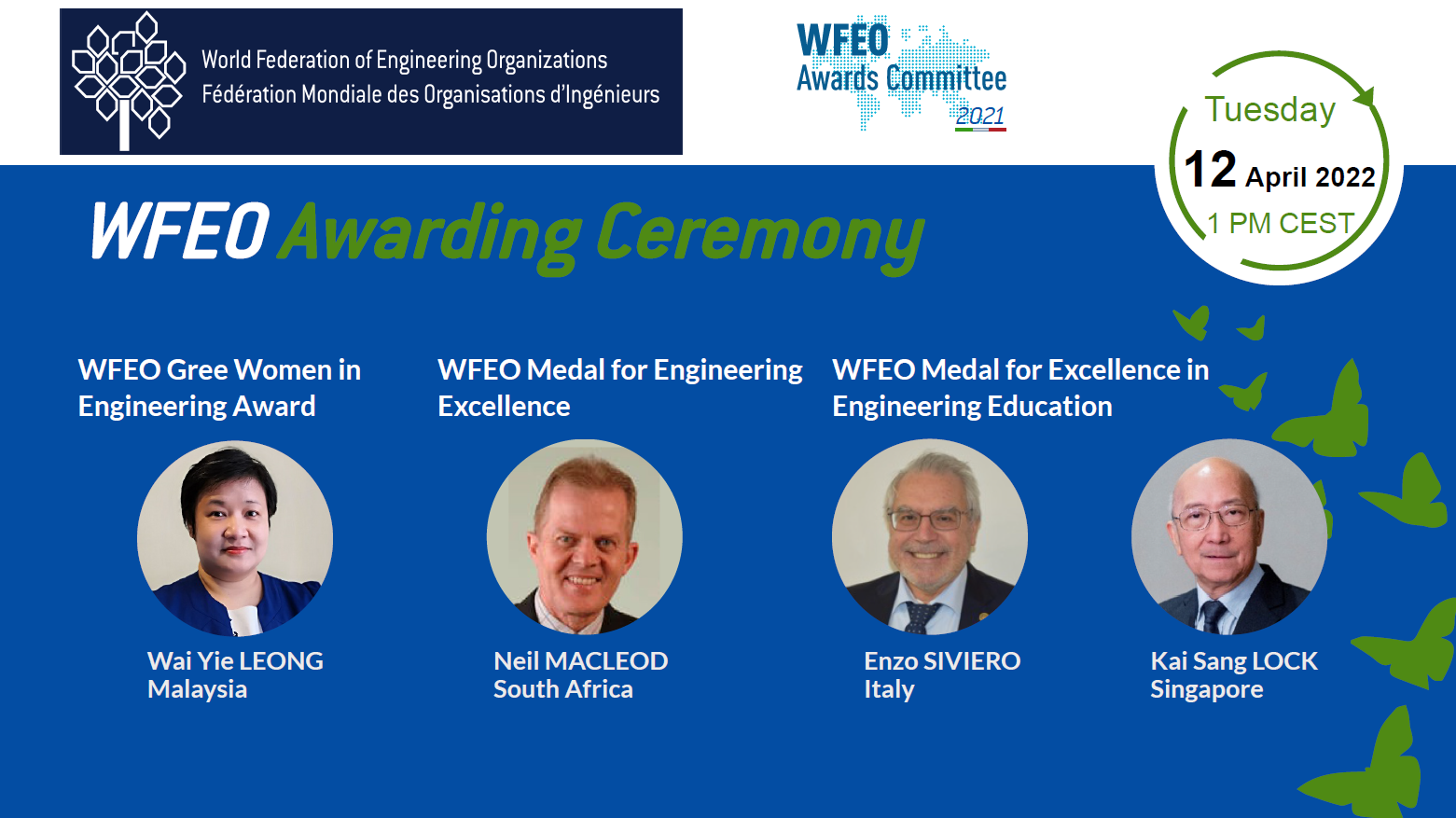 The WFEO awarding ceremony was held on Tuesday 12 April 2022.

Moderator:
Ania Lopez, chair of the Awards Committee and member of the WFEO Executive Council

The recording is available by clicking on the below image. 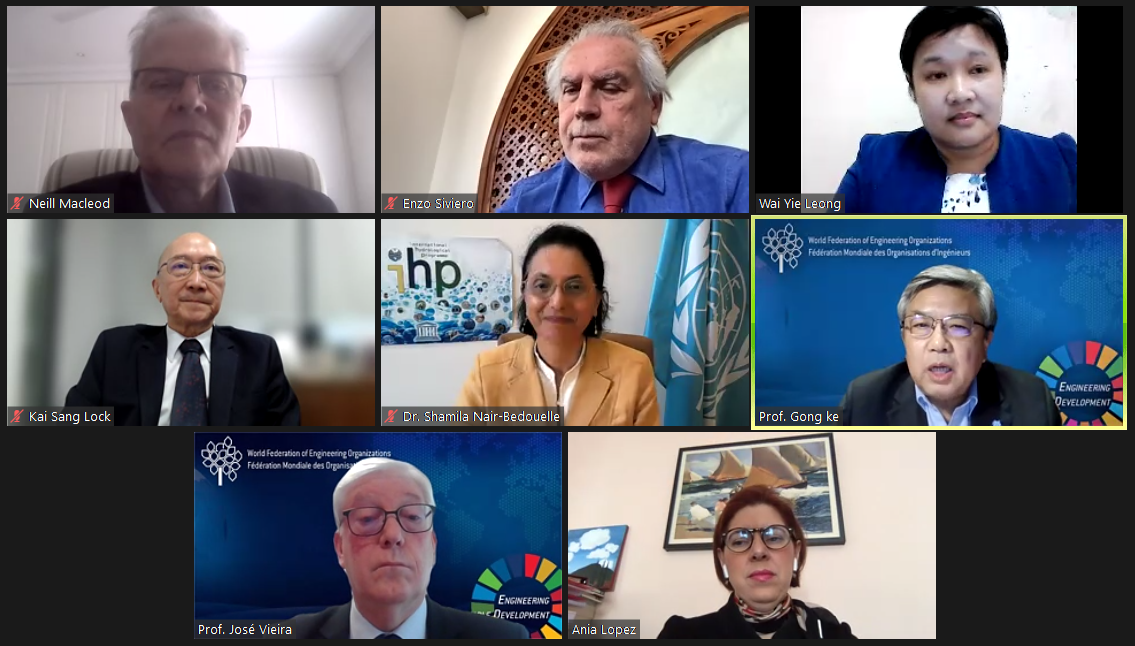 LEONG received her PhD in Electrical Engineering from The University of Queensland (UQ), Brisbane, Australia in 2005. She specialises in medical signal processing, Industrial Revolution 4.0 technology, 5G and telecommunications.

Prof. Ing. Arch HC. Enzo Siviero is a full professor of Bridges at the University IUAV of Venice until October 2015. Actually rector of eCampus University Novedrate, Como, Italy.
Consultant Professor in China: College of Civil Engineering of Tongji University, Shanghai, Adjunct Professor at Fuzhou University and Chang’An University, Xi’An.
Member of CUN, National University Council at the Ministry of Education in Rome (2007-2016).
Awarded the honorary degree in Architecture by Politecnico di Bari in 2009.
Known as bridge designer, his traveling exhibition Bridging Ponteggiando is internationally recognized as an excellent synthesis between educational research and profession.
In the last decades organizer of many international workshops and conferences. Currently invited as keynote speaker in various colloquium around the world.
Member of the Board of CMU (Community of Mediterranean Universities), Deputy Secretary General of EAMC (Engineering Association of Mediterranean Countries) and Vice-President of SEWC (Structural Engineers World Congress).

Professor Kai Sang LOCK is an Emeritus President of the Institution of Engineers, Singapore (IES). His professional career is equally split between the academia and the industry. He was a faculty at the Department of Electrical Engineering, National University of Singapore for 17 years when he left to set up his consulting practice in 1997. He returned to the academia in 2016 as a Professor (Engineering) at Singapore Institute of Technology
(SIT) where he is concurrently the Head of the Energy Efficiency Technology Centre.

As the Deputy Chair of the Washington Accord, he is committed to working with WFEO to enhance the quality and relevance of engineering education through the outcome-based accreditation system building upon the jointly developed benchmark: IEA-WFEO Graduate Attributes and Professional Competencies. He is a practicing electrical professional engineers and served as a Board Member of the Professional Engineers Board (PEB), Singapore for 14 years. He chaired the examination committee at PEB to set up the examination system to qualify the registration of professional engineers.
He helped to build up Singapore’s ecosystem and professional competency in energy efficiency and sustainability, having served as the Chairman of the Accreditation Committee for the Energy Services Companies since 2005. He is also the Co-Chair of the Steering Committee for the Singapore Certified Energy Managers Scheme which has graduated about 1,500 competent energy managers. He was conferred the Public Service Star award in 2020 by the President of the Republic of Singapore for his distinguished contribution in energy efficiency and sustainability.