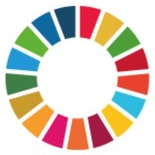 It could be argued that engineers have saved more lives than doctors; the work of civil engineers, for example, in ensuring clean water and sanitation, has eradicated diseases like cholera and typhoid in the developed world. Today, the 50-year-old World Federation of Engineering Organizations (WFEO) makes sure that the work of engineers is not only recognised worldwide but represents a network of professional engineering institutions that are striving to advance the goals of sustainable development.

WFEO President Marlene Kanga is a history-maker herself; the first Australian woman to be an Honorary Fellow of both Engineers Australia and the Institution of Chemical Engineers UK and listed among the Top 100 Women of Influence in Australia and the Top 100 Engineers in Australia, she was also made a Member of the Order of Australia in recognition of her leadership in the engineering profession. In this interview with Research Features, Marlene tells us more about the essential work WFEO is doing to make a difference.

Hi Marlene! Can you tell us a little bit more about the World Federation of Engineering Organizations (WFEO) in terms of its background, history and core mission?
WFEO represents nearly 100 national and international professional engineering institutions and approximately 30 million engineers. It is the voice of engineering at an international level and promotes the role of engineers in key issues that the world is now facing: sustainable development, the growth of our cities, climate change and strategies for energy production to meet the needs to the growing population around the world.

Can you tell us a little bit more about your role and responsibilities as President of WFEO?
As President, I am Chair of the Board and the General Assembly. I have a role to set and lead the strategic objectives of the organisation with the Board, and to ensure sound governance and administration for the organisation. As President, I engage with the other international organisations such as the United Nations (UN), The United Nations Educational, Scientific and Cultural Organization (UNESCO) and World Bank as well as other engineering and science bodies.

What were the goals of the strategic plan from 2015 to 2019 and has WFEO achieved some of these goals already?
The mission of WFEO includes representing the engineering profession internationally, providing collective wisdom and leadership, assisting national agencies to choose appropriate policy options that address the most critical issues affecting the world, enhancing the practice of engineering and fostering socio-economic security, sustainable development and poverty alleviation through the proper application of technology.

The celebration of the WFEO 50th anniversary in March 2018 was a chance to develop an action plan detailing how engineering can help to achieve the UN Sustainable Development Goals and progress the WFEO Strategic Plan that was agreed by the WFEO General Assembly in December 2015.

The WFEO Engineering 2030 Plan engages the Standing Technical Committees of WFEO, and also supports the work of our national and international members and our international partners. UNESCO has recognised the importance of the Plan by signing the Paris Declaration, a statement of the commitment of WFEO and UNESCO to advancing the sustainable development through engineering (see http://www.wfeo.org/wp-content/uploads/declarations/WFEO-UNESCO-Paris_Declaration.pdf). United Nations, Commission on the Status of Women Meeting 61 (CSW61), March 2017. Engaging at the UN on the need for women’s participation in science and engineering for sustainable development.

Partnerships enable us to bring together academics, consulting engineers and professional engineering institutions to develop coherent international approaches to education standards, build capacity in engineering and facilitate the mobility of engineers to work around the world. Other important areas of development include international approaches for a more diverse profession and strategies to deal with bribery and corruption in large international infrastructure projects. By working together, we can share the load and have a bigger voice. Can you tell us about the significance of the 2018 Dr Zuheir Alami Award for Engineering Innovation?
Our modern world is the result of innovation by engineers – from the houses we live in, to mobile phones. More importantly, engineers have a great deal of unfinished business – with one-third of the world’s population without electricity and two-thirds without clean water and sanitation and the world’s resources being depleted rapidly. We need innovative solutions to address these problems.

The WFEO Dr Zuheir Alami Innovation Award is an opportunity to recognise world-class innovation, particularly that which progresses the goals of sustainable development and has a significant impact on the world (http://www.wfeo.org/award-Alami+Award+for+Engineering+Innovation).

How does WFEO promote the vital role and positive impact of engineers to society?
Prince Philip once said, “God made the world, everything else has been made by engineers”. In my own career, I am very proud of the positive impact that I have had. I am the first chemical engineer to be President of WFEO. I specialised in process safety engineering at Imperial College London. However, when I went to live in Australia, this was a very new idea; there were no government regulations in place. I drafted the first set of land use safety criteria to safeguard the community from the development of industry that involves toxic, explosive or flammable chemicals which were adopted across every State of Australia and more recently in New Zealand and Singapore, keeping thousands of people safe. This is an example of the positive, long-term impact that engineering has on society.

WFEO promotes the work of engineers through its awards and its technical conferences and meetings. WFEO participates in the UN High Level Political Forums each year and presents the view of engineers to approaches for sustainable development.

Our modern world is the result of innovation by engineers – from the houses we live in, to mobile phones.

Another exciting initiative is our effort to get UNESCO to declare the 4th March (the founding day of WFEO) as World Engineering Day for Climate Change Action and Sustainability. If approved, this would be a huge opportunity to promote the role of engineers and their positive contribution to modern society.

What’s it like to be a woman in the engineering industry and how has it changed?
We need diversity of thought and the best intellects to solve the many pressing problems that the world faces. Unfortunately, engineering is a gender-segregated profession in much of the developed world but I am pleased to say that in many countries, women are participating in equal numbers as men. A remarkable example is Malaysia, where 50% of engineering students and 30% of registered engineers are now women, as a result of strategic education policies by the Malaysian Government.

Personally, I enjoy engineering tremendously. Despite all the barriers that I have faced, and continue to face, in my career, my passion for engineering is driven by the impact of my work for a better world.

How does WFEO advocate for more women in engineering?
I am proud to have been present at the WFEO General Assembly in Delhi in 2007, where I was asked to speak on the need for a Women in Engineering Committee. At that meeting, there were only three women present as delegates. Since that time the Women in Engineering Committee has grown in numbers and reach and is now hosted by the Nigerian Society of Engineers.

In addition to providing a network for women engineers, I believe it’s important to develop strategic approaches to improving diversity and the work of our national members of New Zealand and Canada is particularly important. I have also developed a strategic approach to changing the culture of engineering organisations which has been adopted in Australia and internationally and is driving the cultural transformation that is needed in engineering and science organisations (https://www.wgea.gov.au/sites/default/files/Inclusiveness_Wellbeing_Diversity_Strategy.pdf).

We need diversity of thought and the best intellects to solve the many pressing problems that the world faces.

Under my term as President of WFEO, the participation of women has increased quickly and significantly. Every committee at WFEO now has at least one woman engineer as a member and our annual conferences feature women engineers as keynote and plenary speakers. Women have shown great leadership by contributing to WFEO through sourcing sponsors and new members for the first time. All this conveys a strong message about women as equally competent contributors to engineering.

WFEO also has an inaugural award to recognise the achievements of women engineers; the WFEO GREE Women in Engineering Award (http://www.wfeo.org/Women+In+Engineering+Award).

What are the future goals for WFEO in the next five years or so?
The key objective for WFEO is to advance the UN Sustainable Development goals. In the next two years of my term, my goal as a leader is to set the vision and compass for the organisation. It’s a matter of coming together, rolling up our sleeves and getting the job done. We need to do this urgently, for a better, sustainable world.

The Value of Engineering in Critical Times

Coronavirus has confronted us with innumerable challenges. Some of them were already on the plate and are now urgent object...

Registration is currently open for the first edition of the online course “Risk Management for Tsunami-Related Disasters...

Registration is open for the fourth offering of the massive open online course (MOOC) Sustainability in Practice...

The United Nations - MoST Joint Capacity Building Workshop on Science, Technology and Innovation for Sustainable Developmen...

Organized by the NGO-UNESCO Liaison Committee in close cooperation with the UNESCO Secretariat, the 11th Internatio...