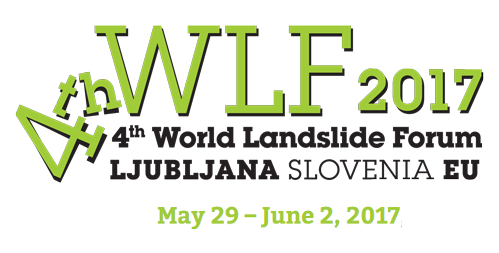 The 4th World Landslide Forum was held in Ljubljana, Slovenia from May 30th to June 2nd, 2017, with over 600 active participants from 51 countries – scientists, engineers, researchers, experts, politicians and other decision makers working in the area of landslide risk reduction. Among them, there were over 120 graduate students from Slovenia and other countries, which is a significant contribution to intergenerational and interprofessional knowledge transfer.

Instead of a classic scientific convention, the meeting was organized as a forum with oral presentations of contributions, a high level panel discussion, a round table, open debates, a poster section, a photo contest and short workshops of core expert teams. 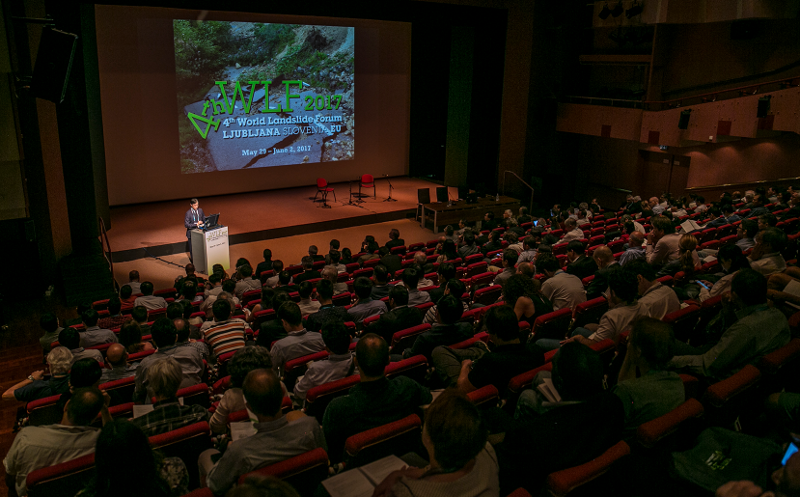 The forum was followed by a three-day study tour of western Slovenia, the Canal Valley in Italy, the Gailtal Valley in Austria and the Upper Sava Valley in Slovenia. Over 30 forum participants took part in the tour and were joined on the first day by 28 students of the 2nd summer school on natural disasters, organized by the University of Ljubljana.

The forum was jointly organized by the International Consortium on Landslides, Kyoto, Japan (ICL), the International Programme on Landslides (IPL), the University of Ljubljana and the Geological Survey of Slovenia, with the support of the Slovenian ministries of defence, of infrastructure and of the environment and spatial planning, the Slovenian Chamber of Engineers (IZS), the Administration of the Republic of Slovenia for Civil Protection and Disaster Relief and the Disaster Relief Government Council. Among more than 60 ICL members, three are based in Slovenia: the Faculty of Civil and Geodetic Engineering of the University of Ljubljana (UL FGG), the Faculty of Natural Sciences and Engineering of the University of Ljubljana (NTF UL) and the Geological Survey of Slovenia (GeoZS). 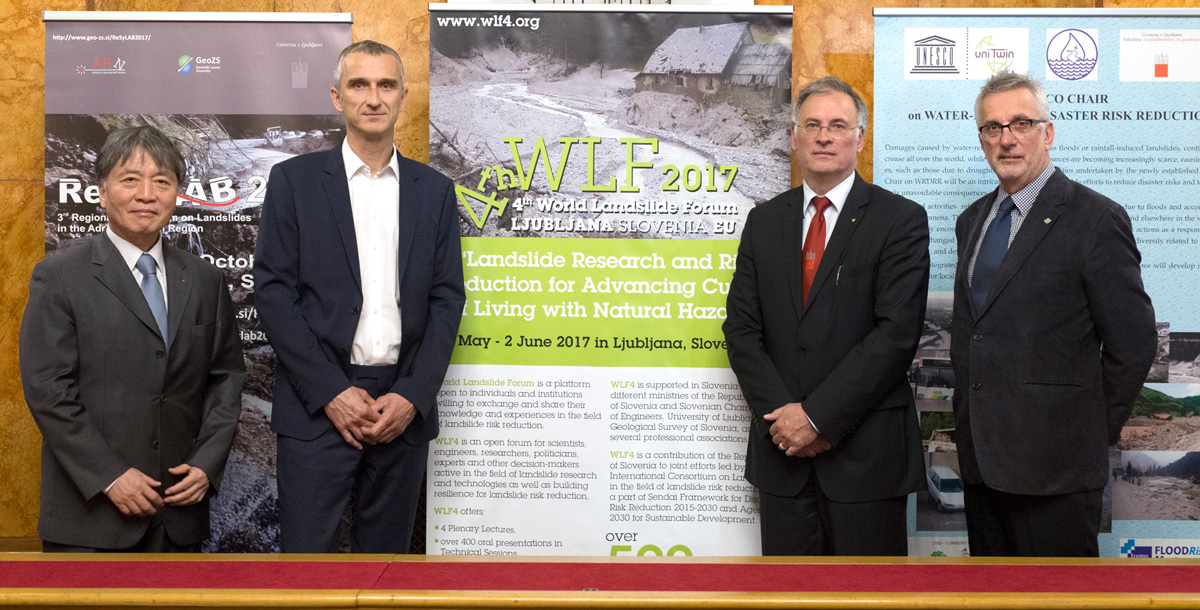 The forum was organized under honorary patronage of the President of the Republic of Slovenia Mr. Borut Pahor, a further proof of the importance of landslide awareness raising among the general public. Mr. Pahor endorsed the international cooperation in the field of landslide risk management and Slovenia’s contribution to disaster risk reduction. The forum’s motto was „Advancing culture of living with landslides“. 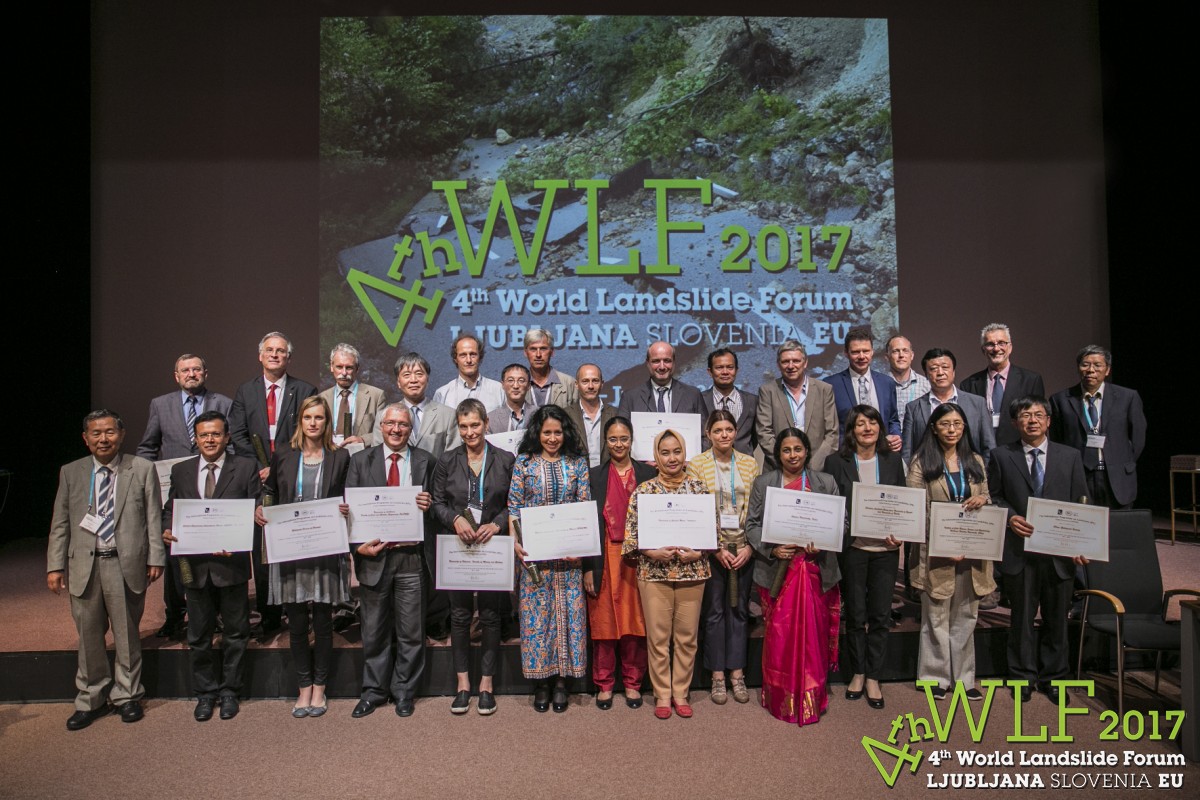 20 organizations were awarded the title of World Centre of Excellence in Landslide Disaster Reduction 2017-2020. (Source: www.wlf4.org/wlf4-week, 2017).

The honorary organizing committee was formed by representatives of several international organizations, supporters of the International Consortium of Landslides, primarily of the UN and its special agencies, such as:

The scientific committee was composed of over 100 members and the Slovenian organizing committee of several dozens of landslide experts, supported by their professional unions. 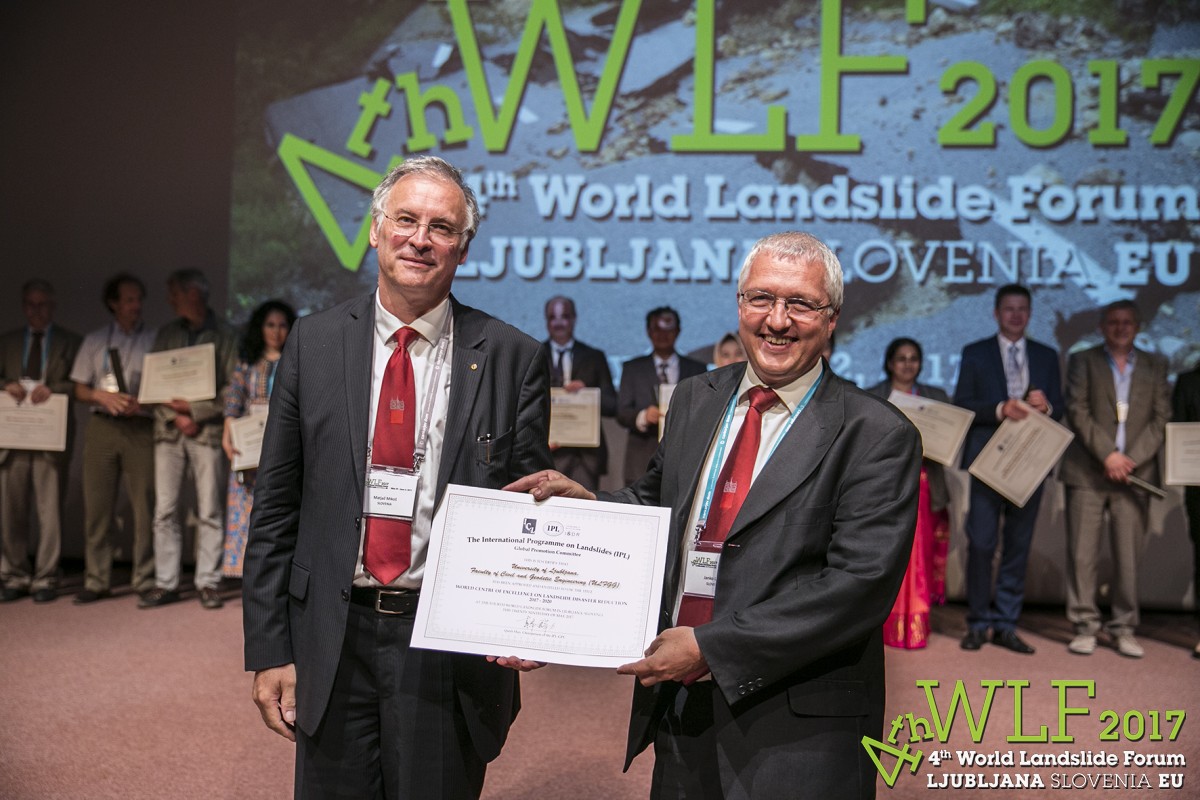 The Faculty of Civil and Geodetic Engineering of the University of Ljubljana was awarded the prestigious World Centre of Excellence title for the fourth consecutive time. Matjaž Mikoš, WLF4 President (left) and Janko Logar (Head of Department of Civil Engineering at the Faculty). (Source: www.wlf4.org/wlf4-week, 2017).

The Ljubljana international meeting followed previous successful forums in Tokyo (WLF1, 2008), Rome (WLF2, 2012), and Beijing (WLF3, 2014) and was aimed at strengthening the cooperation of a wide network of stakeholders involved in landslide risk reduction.

To be able to host such an important event in this expert field was, at the same time, a recognition of the efforts of Slovenia and its professionals. The country became the global centre of landslide protection for a week, immediately after the 2017 UNISDR Global Platform held in Cancun, Mexico, at the end of May.

The main themes of the 4th World Landslide Forum were:

The four invited plenary lectures on understanding and reducing landslide risks were the following:

The international scientific committee reviewed almost 600 extended abstracts on the above topics and accepted almost 400 of them. They were published by Springer Nature publishing house in a set of six volumes with the title
Advancing Culture of Living with Landslides, Volume 1: ISDR-ICL Sendai Partnerships 2015-2025, totaling over 3,600 pages (51 papers), deals with the activities of the ICL within the Sendai partnership 2015 – 2025 and can be accessed freely. 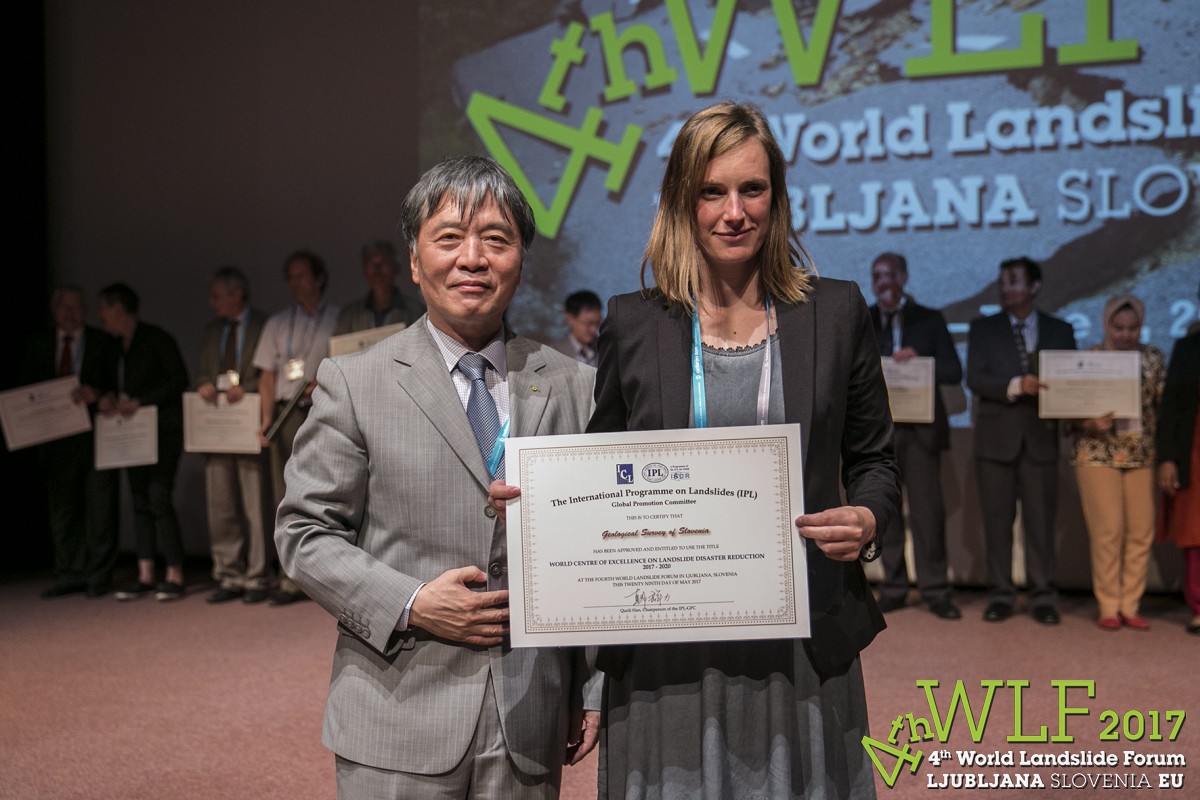 The participants adopted the 2017 Ljubljana Declaration in order to steer the efforts of the International Consortium on Landslides in the years leading up to the 5th World Landslide Forum in Kyoto, Japan.

In addition to the 17 existing signatories, the ICL pledge to enhance the protection from landslides was subscribed by the Administration of the Republic of Slovenia for Civil Protection and Disaster Relief, working within the Ministry of Defense (MORS). The influential organization of European geological surveys (EuroGeoSurveys) also joined the Sendai partnership.

The ICL awarded several recognitions for excellent achievements between the last two forums, among them:

More information on the 4th World Landslide Forum is available on the WLF4 homepage, including extensive video reports of the event. The organizers wish to thank the WFEO National Member the Slovenian Chamber of Engineers for the video coverage of the Forum and the host of the event, the Cankarjev dom – Cultural and Congress Centre Ljubljana.

All those interested in landslides risk reduction are invited to attend the 3rd Regional Symposium on Landslides in the Adriatic-Balkan Region (3ReSyLAB), taking place from October 11 – 13, 2017 in Ljubljana, Slovenia.

Videos are available in the website of the Slovenian Chamber of Engineers:

Report on the Forum proceedings by: