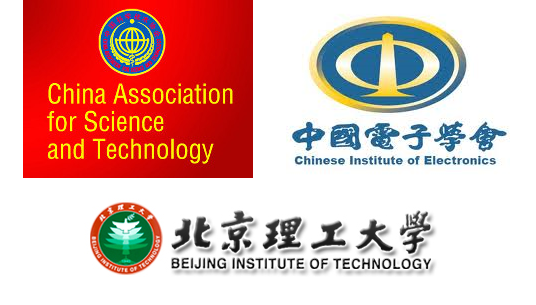 Between May 8th and 13th in Beijing, WFEO President Marwan Abdelhamid attended meetings with the China Association for Science and Technology (CAST), the WFEO-CHINA working meeting, the Beijing Institute of Technology (BIT) the Chinese Institute of Electronics (CIE)

On May 8th, 2015, President Marwan Abdelhamid, met with Prof. Zhang Qin, vice president of the China Association for Science and Technology (CAST)

President Marwan introduced WFEO’s recent focusing projects and future plan. WFEO is initiating a “World Engineering Forum”, which aimed to bring qualified companies and countries together to promote private/public partnership in the field of engineering, and collecting more resources to WFEO, including financial supports. WFEO’s new project “Going back to Africa” is launched for attracting more small countries especially developing countries to WFEO, and helped engineers in those countries. President Marwan hoped that CAST could play an active role in pushing forward the WFEO projects.

Prof. Zhang Qin extends warm welcome to President Marwan. Prof. Zhang said, engineering relates closely with human society and is playing an important role in the development of Chinese economy and society. Thanks to the advanced engineering technology, China witnesses a rapid growth in recent years. As a nongovernmental umbrella organization covering 200 national scientific and engineering organizations, CAST is honored to present as a national member in WFEO and to facilitate the cooperation between domestic and international engineering organizations. Prof. Zhang thanked WFEO for providing such a high level platform which enabled frequent and effective communication between CAST and engineering organizations all over the world. CAST is very interested and would like to positively participate in the WFEO projects and would like to contribute actively to the development of WFEO as we always do. 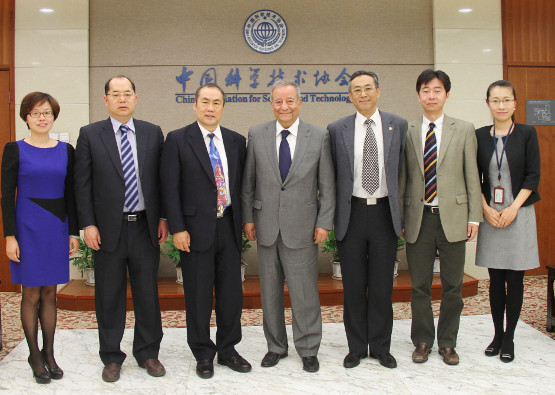 Marwan Abdelhamid gave a speech to the attendees at the meeting. President Abdelhamid reviewed the history of the WFEO, stressed the challenges facing by WFEO and introduced the current strategy plans including “World Engineering Forum” and “Going back to Africa” projects of WFEO.

President Abdelhamid suggested WFEO-CHINA be more active in WFEO. He hopes Chinese engineers could participate in different committees and events in addition to hosting a technical standing committee.

Valuable conclusions have been made after the warm discussion:

President Abdelhamid closed the meeting with his appreciation for the contribution to the WFEO made by the WFEO-CHINA and CAST, and his hope for the new changes to the WFEO brought by China. Dr. Zhang Jiansheng, Director General of the International Affairs Department of CAST attended the meeting. 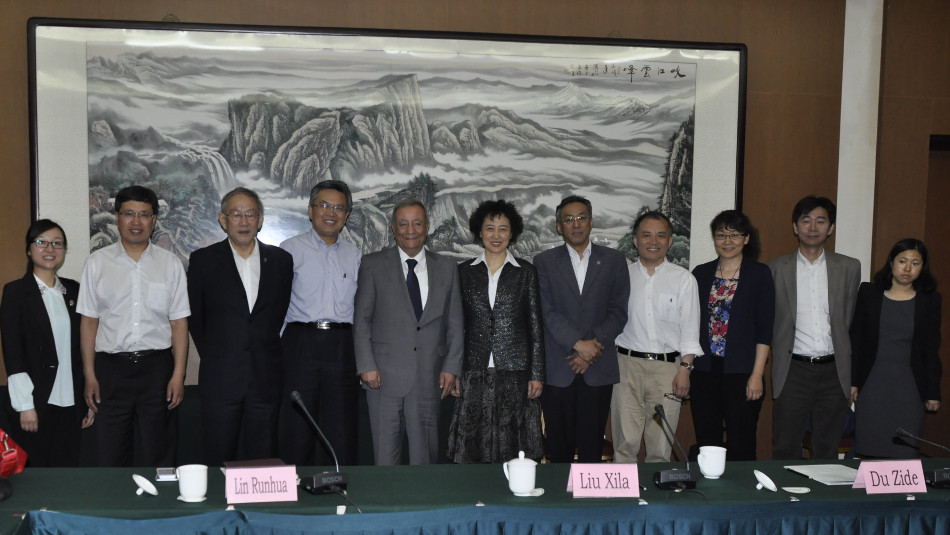 A dissuasion focusing on the future cooperation between WFEO and BIT Education Research Center was followed by Prof. HU Haiyan’s welcome speech and the brief introduction of the BIT. 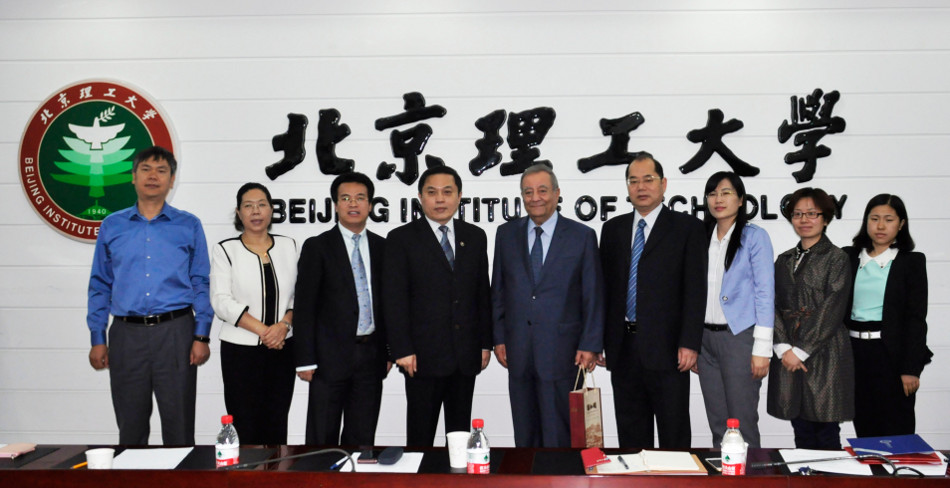 Beijing Institute of Technology (BIT) is a public university with a traditional focus on science and technology but developing into other areas such as management and humanities. It was founded in 1940 in Yan’an, Shaanxi Province and was relocated to Beijing in 1949. The Institute emphasizes ethics in scholarship, discovery of truth, and contribution to mankind through profound academic accomplishments. Engineering, materials science, chemistry, physics and mathematics are the five disciplines in BIT that are ranked among the top 1% in Essential Science Indicators (ESI) global ranking. 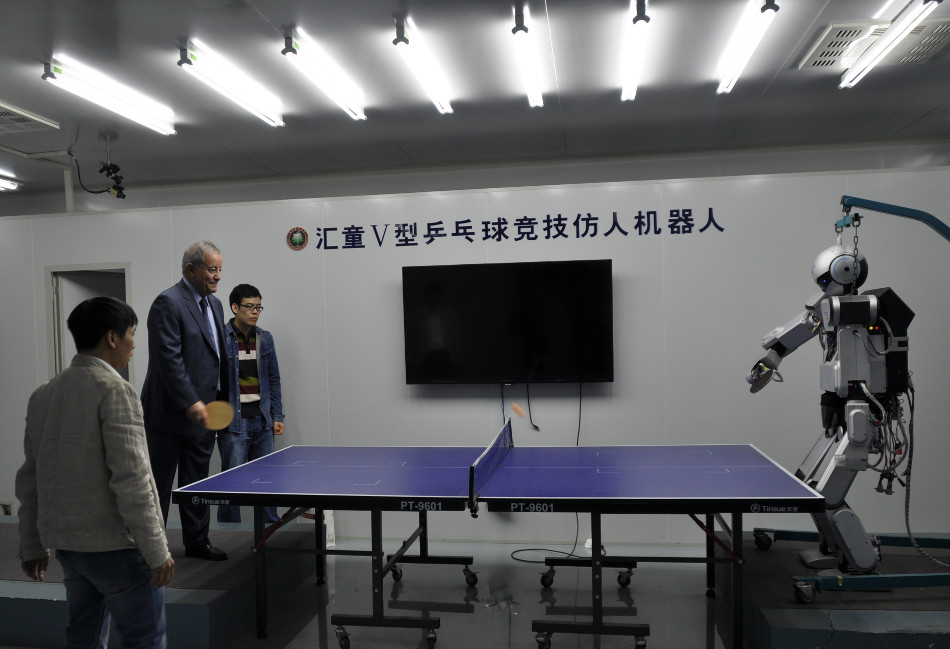 President Marwan Abdelhamid visited the Chinese Institute of Electronics (CIE) on May 13, 2015. During the visit, Mr. Lin Runhua, deputy secretary general of the CIE, gave a brief introduction of CIE, especially on their successful program on Cloud Computing and Big Data.

CIE has initiated two expert committees: CIE Cloud Computing Expert Committee and Big Data Expert Committee of China and an alliance: China Cloud Computing Technology and Industry Alliance, and run their secretariats. Working with the committees and the alliance, CIE has sponsored the China Cloud Computing Conference (CCCC) for 7 years. Since 2009, CCCC has been proven to be the most influential platform for sharing knowledge and experience, promoting innovation and implementation and brainstorming on emerging trends in the area of cloud computing, big data and related technologies.

Based upon their existing work, CIE has proposed to host the Technical Standing Committee on Engineering for innovative Technologies (CEIT), and Mr. Lin discussed with President Abdelhamid with the proposal.

President Abdelhamid highly appreciated the work and the proposal by CIE, and recommended CIE to have international conferences to launch the programs in the proposal. As one of the organizers ofthe World Robot Conference 2015, Mr. LIN introduced the conference and welcome all the colleagues of WFEO to attend. Secretary General of the Chinese Institute of Electronics, Ms. XU Xiaolan attended the meeting to welcome President Abdelhamid. After the visiting and deep discussion, CIE and WFEO have agreed that they would have close co-operation in future. 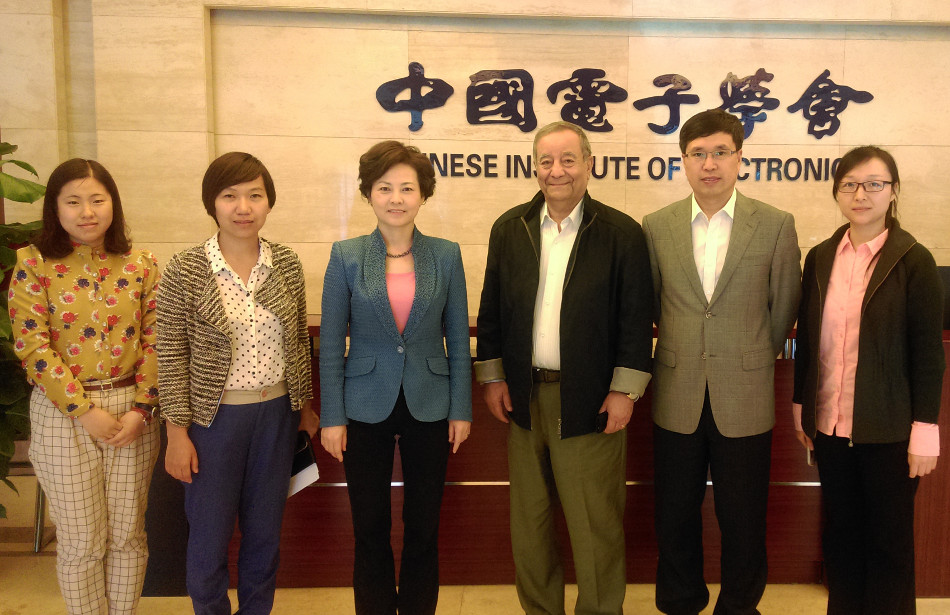 The third Summit of the African Women Engineers organized by the Committee of Women in Engineering of the Federation of Afr...