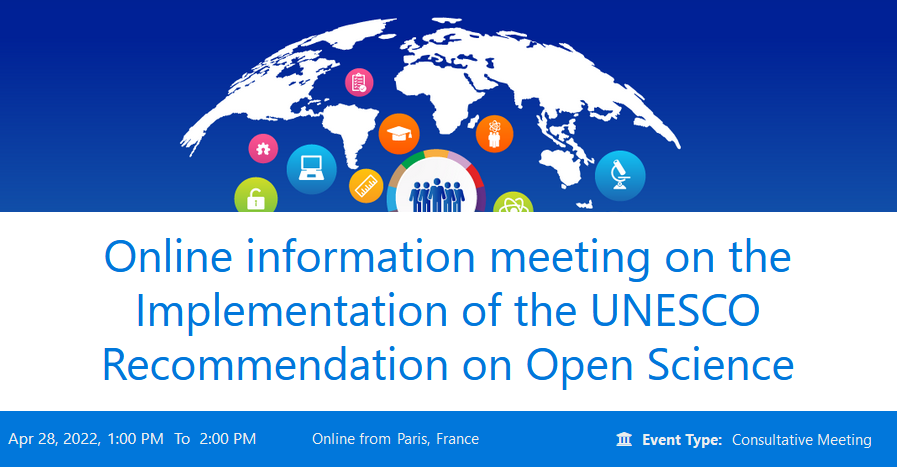 In November 2021, at the 41th session of the General Conference of UNESCO, 193 Member States unanimously adopted the first global standard-setting instrument on open science, the UNESCO Recommendation on Open Science. Developed through a regionally balanced multistakeholder, inclusive and transparent consultation process, this landmark international agreement defines shared values and principles for open science, and identifies measures to make science more accessible, the scientific process more inclusive and the outputs of science more readily available and relevant for society.

In this context, UNESCO is organizing an online information meeting for the Member States and the UNESCO Open Science Partnership to provide information about the strategy developed by UNESCO for the implementation of the Recommendation and the way forward.

The meeting will be held online on Thursday, 28 April from 1:00 PM to 2:00 PM CEST (Paris time) on the Zoom platform with simultaneous interpretation in English, French and Spanish.